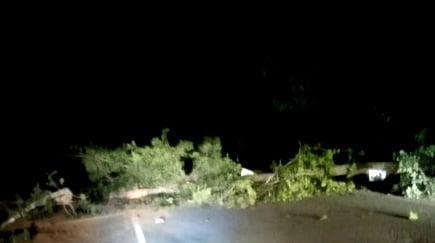 Phulbani: Movement of vehicles between Kandhamal and Rayagada districts was disrupted the Maoists blocked a road on Sunday night.

Sources said the left-wing extremists blocked the road by felling big trees near Bondapipili village under Kotagarh police limits near the Kandhamal border with Rayagada.

The Maoists also left a poster on the spot, protesting against the killing of their comrades by security personnel.

They have also called a bandh in Odisha and East Chhattisgarh on Monday to protest against the killings.