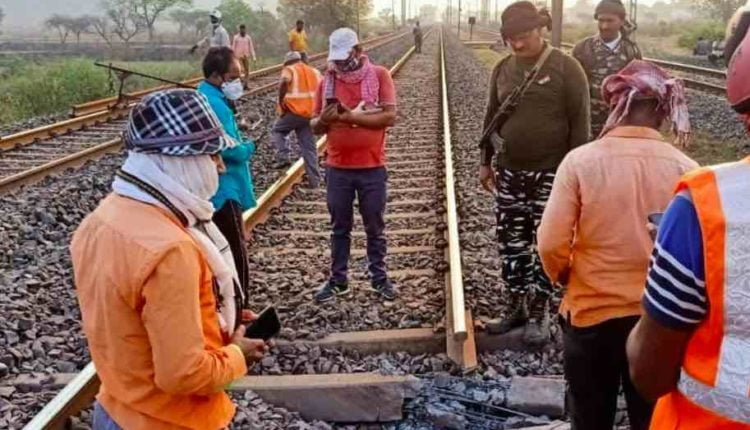 Rourkela: Several mails, express and passenger trains were held up at different railway stations after suspected Maoists blew up a metre of railway track on the Howrah-Mumbai mainline near Lota hills at Chakradharpur on the Odisha-Jharkhand border early on Monday.

The blast took place on the day of Bharat Bandh called by the Maoists in support of farmers’ protests against the three central farm laws.

According to Hindustan Times, the blast was detected after a goods train, which was passing through the damaged section between Lotapahar and Sonua stations, alerted the authorities about a “heavy jerk”.

Restoration work started immediately and train movement was restored on the Up line between Sonua and Lotapahar section at 9.35 am. The traffic between Chakradharpur and Rourkela section was also normalised.

The DRM has ordered a junior administrative grade inquiry into the incident.