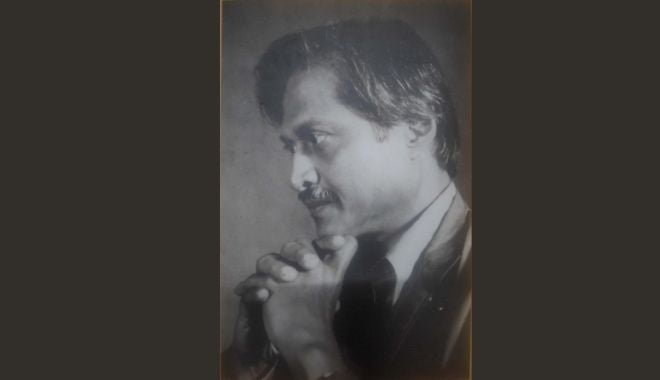 On the 85th birth anniversary of well-known writer J.P. Das, I remember his short story ‘The Mantra’ and his carefully-conceived character Suhasini. Apparently, Suhasini might seem to be a simple housewife. But if one examines deeply, one finds an ambitious woman: waiting to be acknowledged and appreciated for her intellect and beauty. The reason I decided to write about Suhasini is to tell the readers about my assumptions of the reasons/ justifications of her relationship with a fraudulent Baba called ‘Swamiji’ in the story.

When Suhasini’s husband Prabhakar questioned her if she had something going on with the Swamiji like the other women, she answered ‘yes’ with an ‘icy cold’ tone. A gullible reader might question the morality of Suhasini and consider her to have committed a ‘sin’. Even Prabhakar feels so. And when he wants to reduce his own pang of shame, he asks her: “He must have put a hex on you”, to which she answers: “He did nothing of the sort. Whatever I did I did willingly, not without thinking, deliberately.” Here, at this point, the readers might be intrigued by the character of Suhasini who seemed to have a friendly husband. Why does she stray away to become a prey to the fraudulent Baba? She is not a vulnerable woman. Nor is she a foolish one or a blind ‘bhakt’. So why?

Initially indifferent and then intrigued by Swamiji, Suhasini decided to accompany her husband to him one fine afternoon. Her first impression of Swamiji did not last long, though it did create a desirable impact. Swamiji broke popular stereotypes:

“In spite of her deep-seated prejudice against swamijis of all hues, she had to admit that at first glance this man was something. The room was overflowing with people, and he was seated on a raised platform at the front. He was about her age, if not younger, and impeccably groomed. A five-star swamiji, a designer monk – his hair, his beard, his flowing ochre robe, all seemed to suggest a handsome matinee idol playing the part of a swamiji. His most striking feature was his eyes, which seemed to bore right through you.” Suhasini was mesmerized by his talks. However, she considered his practice of inviting one ‘chosen’ person after the talk into the inner sanctum as ‘indecent’ perhaps because of the ‘strong sexual undercurrent’. What was surprising was that gradually she herself wanted to become the subject of what she found indecent earlier. Her sense of pride and self-image were at stake: “Swamiji’s attention had to be captured. She began to sharpen her glances until they gleamed like knives.” Perhaps, Suhasini presented one of those women who wanted the attention of men, because they lacked that from their own husband. They wished to feel appreciated by wise men like Swamiji.

The quest for acknowledgment and appreciation become so strong that Suhasini loses her sense of right and wrong. The gap between her materialistic husband Prabhakar and Swamiji was not much. Both were corrupt. When she calls Swamiji a “con man”, she obviously understands her husband is no less; a vigilance case was against him. Rather, the Swamiji gave her attention: was drawn both to her intellect and beauty. What her husband did was just vent out his office frustrations on her even though she “seemed blatantly disinterested” in his office affairs. Prabhakar did not have a high estimation of her too: “Look at you! Just because you stay at home you don’t have to shut yourself off the world.” In her mind, she somehow blamed Prabhakar and her marriage for not being able to keep up with her ambition and interests. Probably, her sense of ‘discontent’ and ‘lack of self-fulfillment’ leads her to find someone to fill her emotional and intellectual vacuum. She had no interest in her husband’s black money or his plans to invest it in buying a new house or new things for their luxury.

When Swamiji says: “I’ll erase all your unhappiness”, a part of her wants to believe him though the other half knows very well that he is just trying to take advantage of her. She is curious about the mantra that he will give her. She offers herself, not so much in a trance, as in a lust for hope of a new freedom – freedom from the shackles of her husband’s material world and his limited opinion of her. Somehow, her search for a meaningful existence was probably provided by Swamiji’s offer to transcribe his lectures. There was no mantra in the blank chit of paper that she received from Swamiji, perhaps an indication that she alone has to find meaning and change in her life; no one else can do it for her.