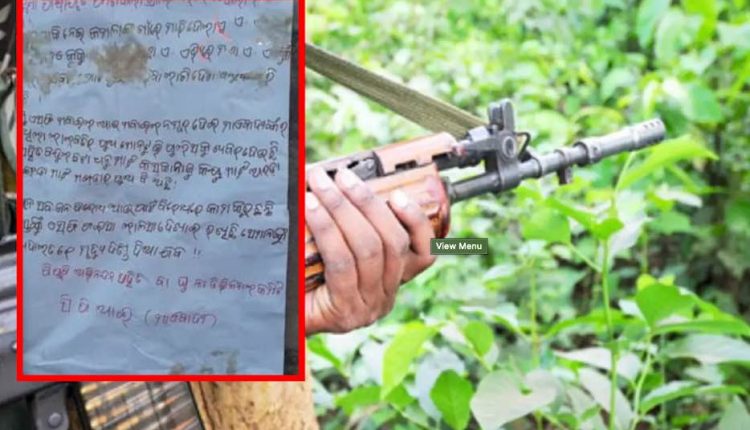 Bhubaneswar: In what appears to be a case of revenge killing, a relative of a Maoist was gunned down by members of the outlawed outfit at Tala Panchakul village of Jugasaepatna gram panchayat under Bhawaipatna Sadar police station limits in Kalahandi district on Thursday night.

The deceased has been identified as Lalabati Majhi of Panchkul village under Jugsaipatna panchayat of Bhawanipatna tehsil here. He was the uncle of Kuni Majhi, a Maoist cadre of Niyamgiri Area Committee.

Claiming responsibility, BGN (Bansadhara Ghumsara Nagabali) Divisional Committee of the CPI (Maoist) left behind posters at some places in the area justifying the act.

Police, in a release, later informed that Lalbati had taken his brother-in-law and Kuni’s father Burja Majhi to Katlang village last year and murdered him. He was also against all the people in the area and went behind the Red Rebels with a country gun with the intent to kill them, it added.