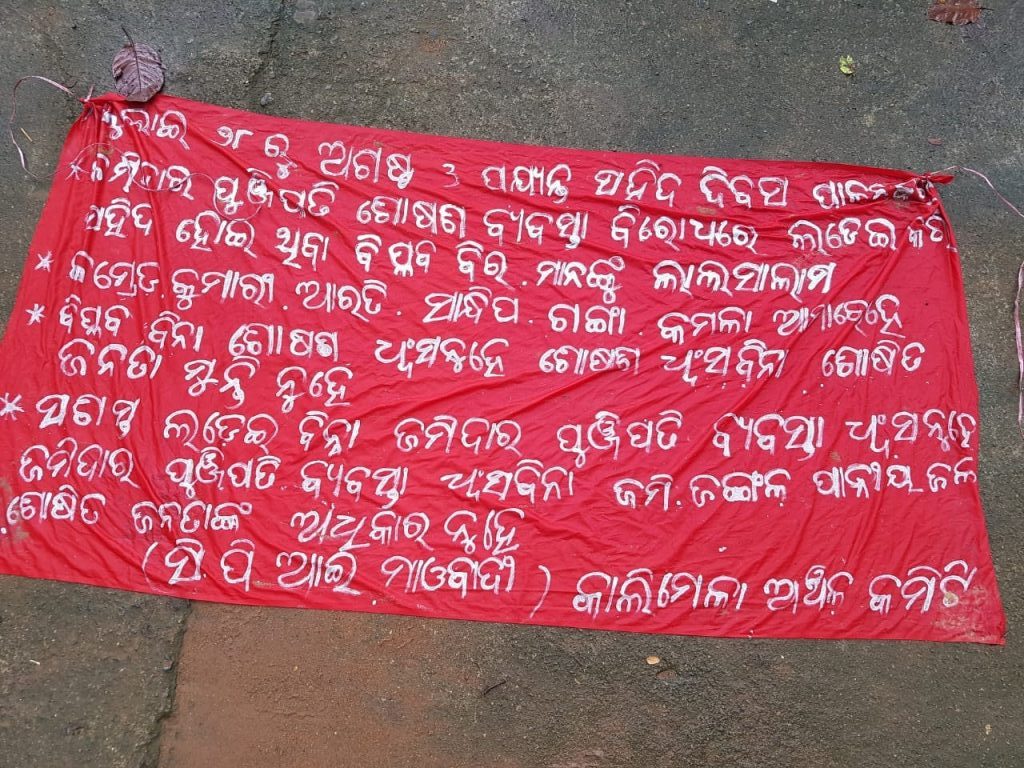 The deceased was identified as Vanthala Jayaram of Chukka Goyyi village.

According to available information, a group of 20-25 armed Maoist barged into Jayaram’s house, took him to a nearby place and shot him dead. They suspected him of being a police informer.

Meanwhile, security has been tightened in Malkangiri, Rayagada and Kandhamal district in view of the Maoist Martyrs’ Week, beginning Saturday.

Through posters, the ultras have urged locals to participate in the commemoration of the gunning down of fellow cadres by security forces. Different activities are also being organised to mark the occasion.

A Maoist banner was seized from the road connecting MV 70 with MV 90 under Kalimela block in the district. In the banner, bearing the name of CPI Maoist Kalimela Regional Committee, the ultras have sought the support of the locals and exhorted them to fight  corruption.

Maoist posters and pamphlets also surfaced at some places in Muniguda of Rayagada district.

Another Maoist poster was recovered from Midiapanga under Baliguda police limits in Kandhamal district. Through the poster, bearing the name of People’s Liberation Guerrilla Army (PLGA), the rebels have urged the local youths to join the organisation in large numbers.

As a precautionary measure, bus services have been suspended on various routes in Malkangiri district.

Additional security forces including CRPF, DVF and BSF have been deployed to tackle any untoward situation in border areas of the district. The vehicles entering Odisha are being flagged down and checked.