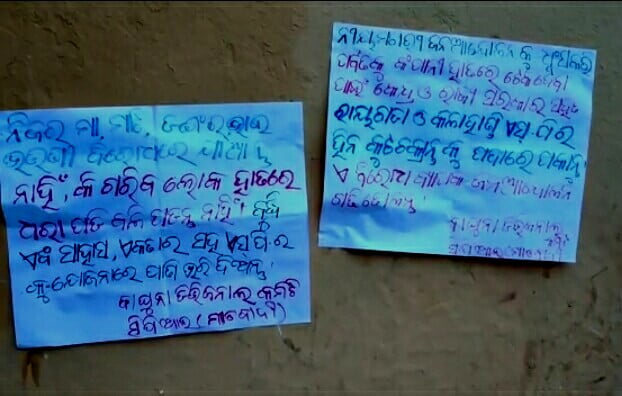 Rayagada: The outlawed CPI Maoist outfit has strongly protested the attempt being made by the Odisha government to hand over the Niyamgiri hills to a multi-national company (MNC).

In the posters affixed to the wall of a Siva temple at Kalyansinghpur which came to the notice of the locals on Thursday morning, the left wing ultras of the Bansadhara-Ghumusar-Nagabali Division has urged the people and the tribals of Niyamgiri hill areas to strongly oppose the Centre, state government and the district police who are trying to foil the people’s movement in Niyamgiri to handover the hilly region to a multi-national company.

In the posters, the Maoists have alleged that the police have engaged some youths of Niyamgiri area as informers by providing them with mobile phones and money.

The Red Rebels have also claimed that the entire Niyamgiri region would lose its entity as the state government has floated a number of tenders to set up industrial units this area.

Meanwhile, police have seized the posters and started search operations in Kalyansinghpur areas.

Moderate Rainfall In Odisha In Next 24 Hours