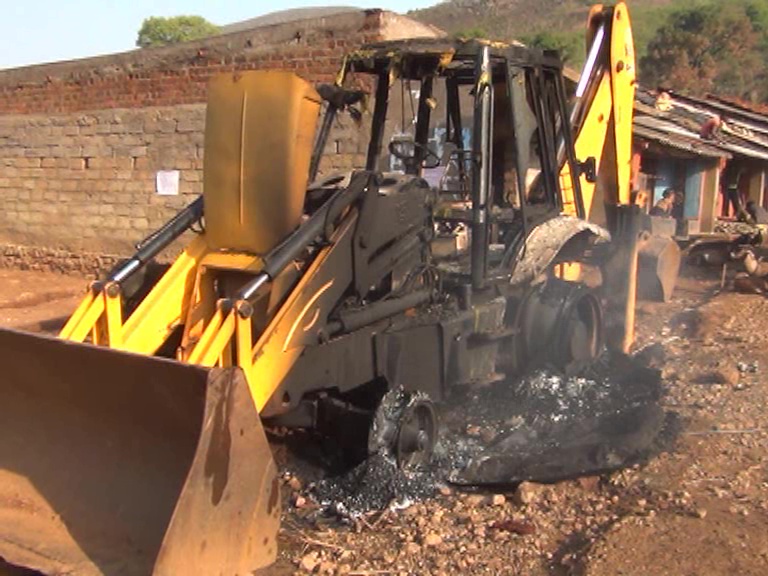 Koraput: In yet another incident of increasing Maoist menace, armed rebels torched two JCB machines and a tractor at Majhigumandi village under Narayanpatna block in Koraput district late on Thursday night.

A group of 40-50 rebels raided the camp of a contractor and set afire vehicles parked near it. The vehicles were being used in road construction under the Pradhan Mantri Gram Sadak Yojana, police said.

Three days ago, Red radicals killed a tribal labourer at Tangaguda village in Malkangiri district, suspecting him to be an informer of police.