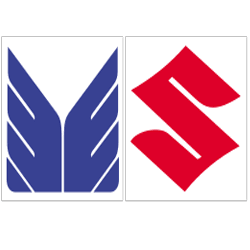 Maruti Suzuki, the country’s largest car maker, cut down on production for the 5th consecutive month in June.

The production reduced by 15.6 per cent in June 2019 compared to June 2018, and this includes Super Carry LCVs.

The most affected segment was the entry level one (for example, Alto), which registered a reduction of 48.2 per cent in production.

On the other hand, the compact segment (WagonR, Swift, Dzire) saw a marginal reduction of 1.46 per cent.

In March, the company had cut production by 20.9 per cent. The number was 18 per cent in May.

Tata Motors, Mahindra and other auto manufacturers are facing the same slowdown.

The overall passenger vehicle sales saw the sharpest decline in 18 years, dropping by 20 per cent. This has led to the closure of over 250 dealerships and the loss of 27000 direct and indirect job losses in the last 18 months.

Shame! 3 Booked For Raping Dog In UP

Disappointing! No Odisha Site Among Centre’s List Of 17 Iconic Places