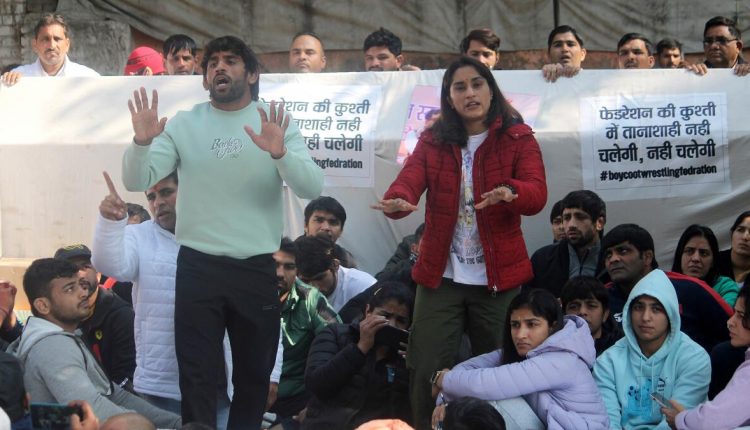 The committee – completed by Alaknanda Ashok, Sahdev Yadav (IOA member) and two advocates — will call all concerned parties as part of the investigation.

Leading wrestlers including Sakshi Malik and Vinesh Phogat have accused Brij Bhushan – who is a BJP MP – and several coaches of sexually harassing wrestlers at national camps.

They were joined by Olympic medallist Bajrang Punia and several other wrestlers at a demonstration and protest at Jantar Mantar.

Even as they demanded the resignation of the WFI chief during their meetings with Union Sports minister Anurag Thakur, Brij Bhushan refused to oblige, claiming that he was prepared to be hanged if charges against him were proved.

Besides asking for immediate appointment of a committee to probe charges against Brij Bhushan, they also sought – resignation of WFI president, dissolution of WFI and formation of a new committee to run WFI in consultation with wrestlers.

“It took a lot of guts for us wrestlers to come together and protest against the WFI president. We are fear for our lives. If he is not sacked, the careers of all young wrestlers who have joined this dharna will be over,” the wrestlers wrote.

“We will not budge until the WFI president is sacked,” was their sign-off sentence.

The Central government doesn’t have the jurisdiction fire any sports federation official. But since Brij Bhushan is a Lok Sabha member of the saffron party, the Centre wants him to quit pending inquiry.

However, Brij Bhushan has been defiant thus far.

Odisha Govt Reaches Out To Persons With Addictive Disorders

Woman Jumps From Bus To Save Herself From Sexual Harassment