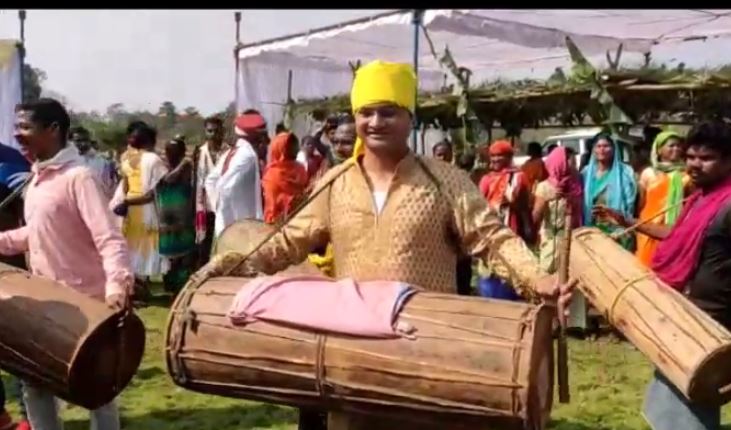 Malkangiri: As a mark of their acceptance in the main stream of society, a mass wedding ceremony of surrendered Maoists was organised at Dantewada of Chhattisgarh near Malkangiri border on Valentine’s Day.

As many as 15 couples entered the wedlock in the mass ceremony organised at the police headquarters there. All of them are Maoists who had given up arms before Chhattisgarh police earlier.

According to sources, the rituals of the ceremony were performed as per the tradition of the Koya tribals. The family members of the brides and grooms were also present on the occasion.

The employees of the police department came in the procession of grooms. While Dantewada SP Abhishek Pallava was seen beating the drum, the police personnel danced with the tribal people. The surrendered Maoists from Malkangiri, Sukuma, Bijapur and Dantewada also participated in the function.

The SP hoped that such functions will inspire the Maoists to join the main stream of society in future.

Woman Claims Gust Of Wind Made Her Pregnant; Police Investigation On!