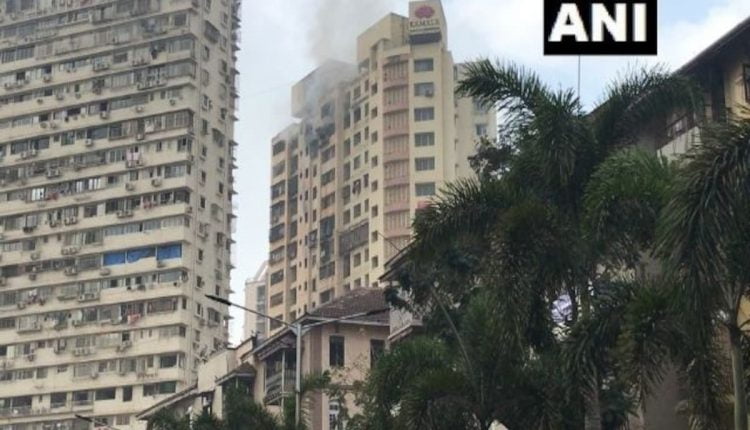 Mumbai: A major fire broke out inside a 20-storeyed residential building that killed two people and injured several on Saturday morning.

As many as 15 people suffered injuries in the blaze that began around 7 am on the 18th floor of the Kamla building. The building is located opposite Gandhi Hospital at Gowalia Tank in Tardeo here.

“Six elderly people needed oxygen support and were been shifted to the hospital. The fire is under control but smoke is huge. All people have been rescued,” Mumbai Mayor Kishori Pednekar was quoted as saying by news agency ANI.

Soon after the fire broke out, the fire brigade personnel along with police rushed to the spot.

According to a civic body official, 13 fire engines and seven water jetties, among others, have been deployed in the firefighting operation. It is tagged as a level-3 (major) fire.

The injured people were taken to the nearby Bhatia Hospital with 12 of them getting admitted to the general ward as their condition was stable. Three with critical conditions were admitted to the ICU.

Two people were declared brought dead, a doctor at the Bhatia Hospital said.

Defer All Vaccine Doses By 3 Months If A Person Tests COVID Positive: Centre To States, UTs