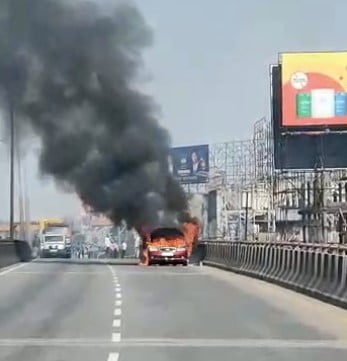 According to sources, while the car was crossing the overbridge on Link Road near Madhupatna, smoke started coming out of the bonnet of the vehicle. In no time, the fire engulfed its engine.

Four persons, including the driver, managed to scramble out of the car before the fire engulfed the vehicle.

The vehicular movement on the busy overbridge came to a stop with the people apprehending explosion of the car’s petrol tank. The Fire Brigade had been informed about the incident, but was yet to reach the spot till the report was filed.