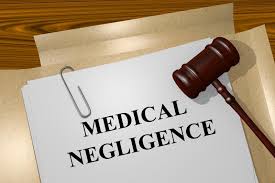 Nayagarh: A doctor allegedly cut the ureter of a woman during a surgery at Daspalla Community Health Centre (CHC) in Nayagarh on Tuesday. The doctor has reportedly confessed to his mistake.

According to sources, a woman from Daspalla NAC was admitted to the CHC for  tubectomy.

Dr Naba Kumar Sahu implanted an artificial ureter in her body after the surgery. When her family members enquired about it, the doctor confessed to his mistake.

Angry over this, the woman’s family members created a ruckus on the hospital premises and informed the police.

When the doctor refused to discharge the woman from the hospital, they blocked NH-57 near the CHC.

On being informed, police reached the spot and brought the situation under control.

Meanwhile, the woman has been shifted to SCB Medical College and Hospital in Cuttack for further treatment.