Medicine Dealer Gunned Down In Kendrapara 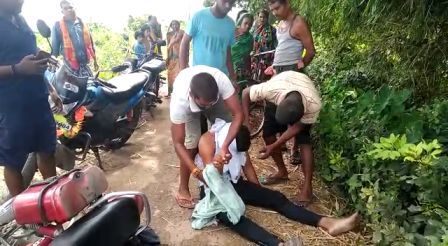 Sources said the victim, Gagan Sahu, owned a medicine shop at Manikunda. Sahu was going to Kendrapara town when the bike-borne assailants fired at him near Hatia in Marshaghai block around 9.30 am.

Locals too Sahu to a government hospital at Marshaghai. He was referred to the district headquarters hospital, but succumbed on the way.

The Kendrapada SP and other police officials went to the site of shooting to investigate.

The exact motive behind the murder was yet to be ascertained, but police suspect that it could be a fall out of a past rivalry.

Police said they have launched a manhunt for the killers. The post-mortem of the deceased will be held later in the day.