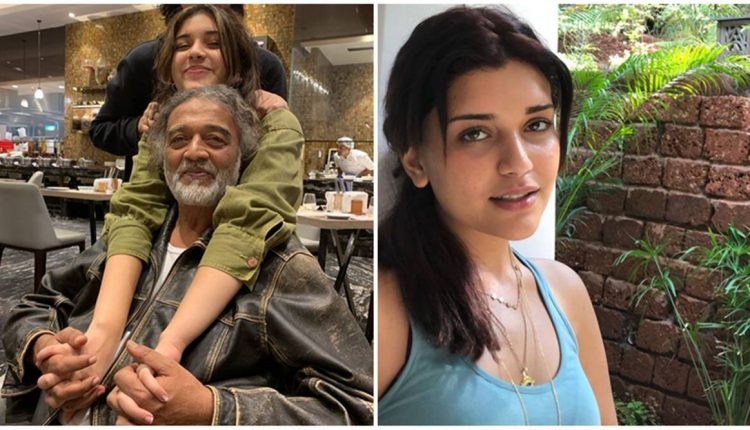 New Delhi: Singer Lucky Ali’s ‘O Sanam’ continues to mesmerise us years after it was first released in 1996. Our memory was refreshed again in April this year when his close friend actress Nafisa Ali shared a video of veteran comedian Mehmood’s son crooning the song on a Goa beach amidst rumours of his death.

Now, Nafisa Ali has shared another post. This time, introducing Lucky Ali’s daughter Sara, from his second marriage, who has inherited her father’s mellifluous voice.

Sharing a set of photos, Nafisa wrote, “This is Sara Ali (my friend Lucky Ali’s 2nd daughter) our LuckyStar … .#goa#goadiaries.”

In the photos, Sara smiles and poses for the camera. In one of the photos, she is holding Nafisa’s pet dog.

The post received much love from fans, as they called Sara ‘beautiful’ and ‘pretty’.

In 2000, Lucky married Inaya (Anahita) and the couple have kids Sara and Raiyan.

In 2010, Lucky married former Miss England, Kate Elizabeth Hallam. They have a son Dani together.

In May 2021, after rumours of Lucky Ali’s death began to spread, veteran actor Nafisa Ali quashed the speculation. Even the singer shared via his Instagram story, “Hi everyone, just addressing the rumours. I’m alive and well and resting in peace at home. Haha. Hope you all are staying in and staying safe. May God protect us all during this devastating time.”