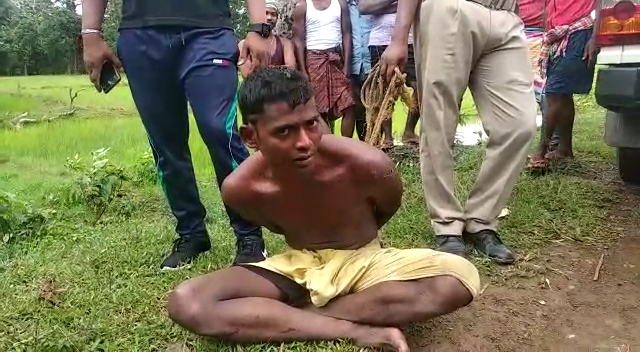 Mayurbhanj: A mentally-challenged man allegedly killed his six-year-old son at Labanyadeipur village under Kaptipada police limits in Udala on Tuesday.

The deceased minor has been identified as Sardar Singh Hembram.

According to sources, the accused, identified as Madhu Singh Hembram had an argument with a man near his farmland. After Madhu returned home, he found his son crying. In a fit of rage, he then threw his son on a stone, following which he died on the spot.

On being informed, police reached the spot and arrested Madhu.