Mercury Dips Below 15 Degree C At 5 Places In Odisha, Daringbadi Coldest at 12.5 Degree 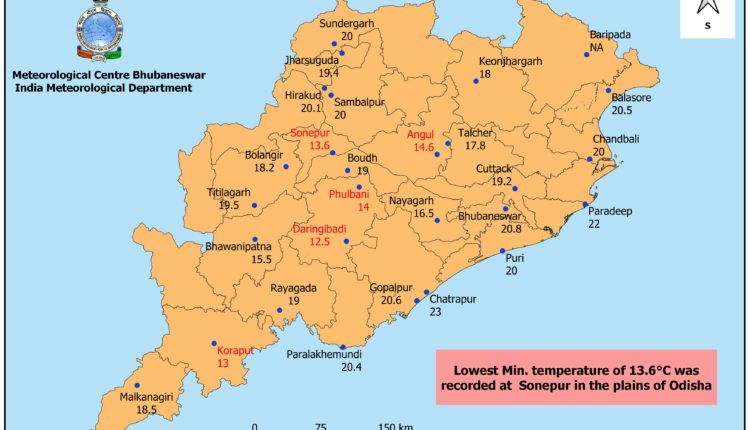 Bhubaneswar: After a marginal rise, Odisha saw a drop in the minimum temperature with Daringbadi in Phulbani district recording the lowest of 12.5 degree Celsius followed by Koraput at 13 degree Celsius in the last 24 hours.

The mercury hovered around 15 degree Celsius at four other places. 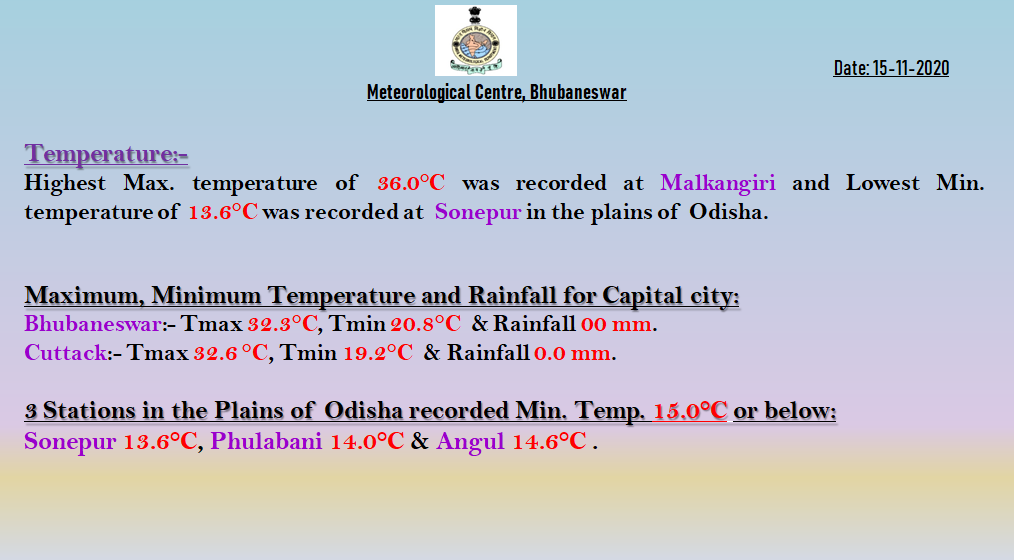 The Met office said that dry weather is most likely to prevail in Odisha with the trough line lying between southwestern Bay of Bengal and Sri Lanka having weakened.

The night temperature has slumped significantly in the south coastal region and one or two places in the interior part of the state, said Bhubaneswar Meteorological Centre Scientist, Umasankar Das.