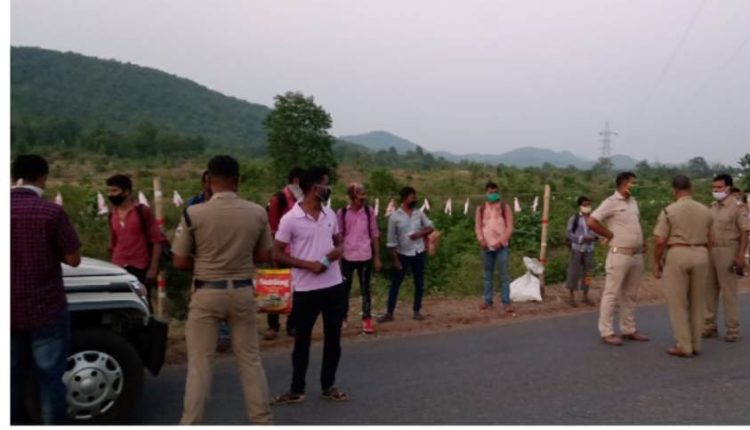 Angul/Berhampur: A total of 484 migrant Odia workers were sent to government quarantine centres in Odisha after they deboarded three Shramik Special trains.
In Angul, the hose pipe of the Bhubaneswar-bound train special train from Ahmedabad was damaged after it hit a cow near a level crossing near Boinda railway station. Taking this opportunity, 18 migrant workers got down from the train and hid in a nearby forest.

Railway Protection Force (RPF) personnel of Boinda station got information and caught the workers. Boinda Police Station IIC Sanatan Maharana sent 10 workers to a quarantine centre at Boinda and 8 workers to another centre at Luhamunda.

In another incident, 431 migrant workers of Ganjam district pulled the chain of a Bhadrak-bound Shramik Special from Surat near Khallikote as the train did not stop at Berhampur station. A few hours later, 35 workers deboarded the train from Goa, near Humma station.

However, the Railway Protection Force (RPF) personnel detained these workers and informed the district administration.

Following information, the district administration sent these workers to their respective destinations by bus.

Migrant workers have got down from buses and trains in Odisha earlier also.