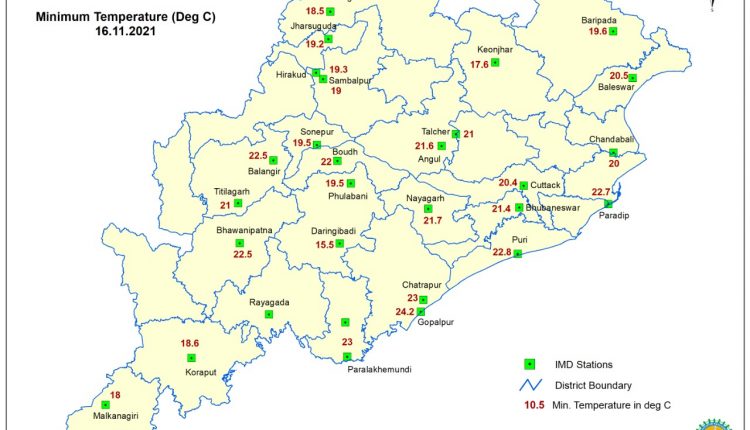 Bhubaneswar: Cloudy weather is likely to prevail in coastal and interior Odisha under the influence of a low pressure area formed over Eastcentral Arabian Sea off Karnataka coast. It is likely to move west­north westwards and become more marked during next the next 48 hours, the Bhubaneswar Meteorological Centre stated on Tuesday.

The Met centre observed a decline in minimum temperature in most of the station of the state.

Light to moderate rain or thundershower very likely to occur at a few places over the districts of North Odisha and at one or two places in South Odisha.

The weather agency warned of an increase in pest infestation in rice and other vegetable crops due to the cloudy weather. It further predicted that there is no possibility of a significant change in night temperature over the next 3-4 days.