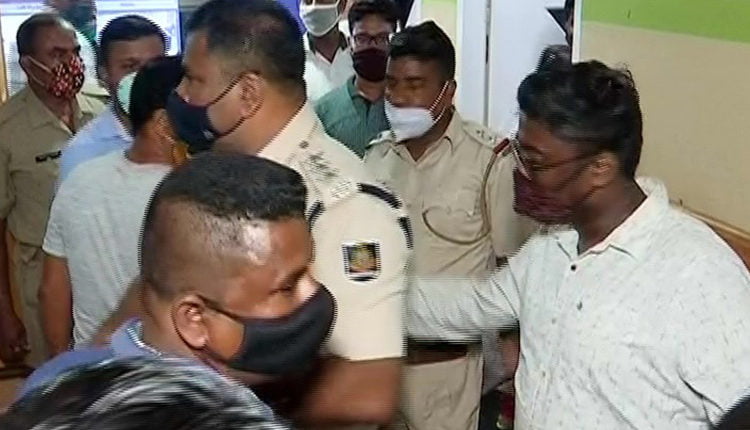 Bhubaneswar: The death of a minor boy in a private hospital in the city on Sunday sparked tension as his family members created a ruckus alleging the doctors’ negligence.

According to reports, the minor boy, Subham Panda of Bharatpur on the outskirts of the city, was admitted to the hospital in Nayapalli three days back after he fractured his hand. The doctors performed a surgery on the boy on Sunday. But, he succumbed some time later.

Subham’s family members questioned how the surgery of a fractured hand can lead to his death and accused the doctors of negligence in treatment. While they created a scene on the issue, the local residents joined them and gheraoed the hospital.

The doctors of the hospital claimed that the surgery was successful. But his condition deteriorated thereafter. They said the boy was suffering from epilepsy due to which his body temperature increased after the surgery and he succumbed.

The family of the deceased informed the police about the matter. But, no complaint was lodged till the report was filed.

Dimple Kapadia Starrer ‘Tenet’ To Release In India On This Date!