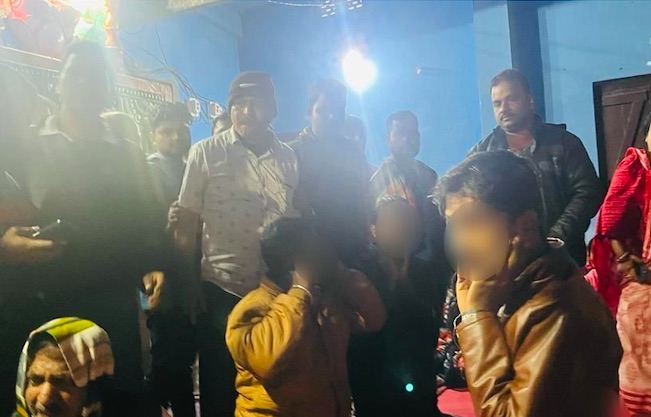 Bhubaneswar: Kahandagiri Police here on Friday detained two persons in connection with an alleged ‘kangaroo court’ in which two minor boys were punished in Odisha capital.

According to sources, the kangaroo court was held at Pala Mandap in Baramunda area under Khandagiri police limits around 8 pm on Thursday. In the video which has gone viral, a boy, his father and his friend are made to do sit-ups and kneel down as punishment for allegedly passing lewd comments on some school girls.

The villagers also threatened to socially boycott the families of the boys, who are Class X students.

Tormented by the incident, one of the boys allegedly attempted to commit suicide by consuming phenyl and has been admitted to Capital Hospital for treatment, the sources added.

Refuting the allegations, victims lodged a complaint with the police against five persons, including a woman.

“My 16-year-old nephews had some arguments with their friends at their hangout but we were dragged to the kangaroo court on false charges,” said Suresh Paranga.

He further alleged they the villagers abused them and they were made to write an undertaking. They were also cautioned against approaching police.

“A case has been registered under Sections 323, 341 355 and 34 of the Indian Penal Code (IPC). The investigation is continuing and necessary action will be taken against all those involved in the unlawful act,” said Khandagiri IIC Dayanidhi Nayak.