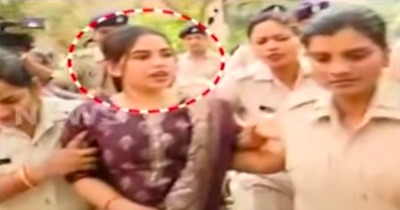 Bhubaneswar: After dropping a bombshell claiming she has evidence against a lot of people and will disclose details at an appropriate time, Archana Nag is reportedly not cooperating with the Enforcement Directorate (ED), which has been grilling her for the last four days in connection with the proceeds of the sextortion racket which shocked Odisha.

While her lawyer claimed that she will be answering all questions posed by ED, reports suggest that she is divulging much in the probe instituted against her for amassing huge wealth by blackmailing rich and influential persons along with running a sex racket.

While being taken to the ED office on a seven-day remand, Archana had said that he was waiting for ED to take her on remand and would fully cooperate in the probe. She also claimed that she has “exclusive evidence” against some people which will shake the state.

Meanwhile, a court here has directed the State Forensic Science Laboratory (SFSL) and Bhubaneswar police to share the reports on the content of the devices seized in the connection with the honeytrap racket, with the ED.

The agency moved the court after it could not get possession of the devices seized by the police, sources said.