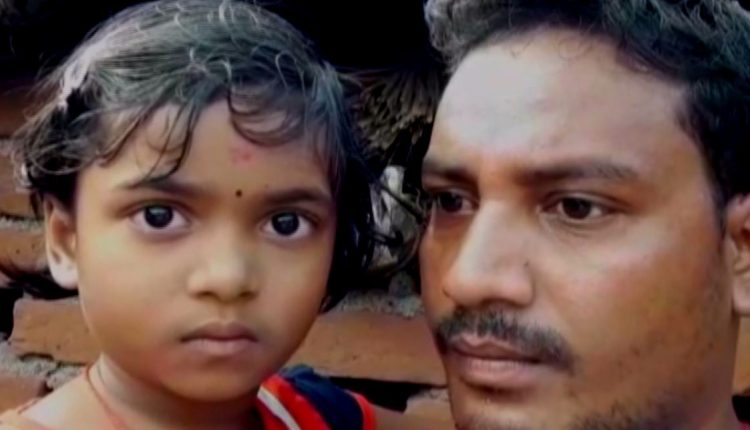 Angul: Parents of a five-year-old girl of Balunga village in Odisha’s Angul district are under severe mental stress as the doctors are not able to extract a broken syringe needle stuck inside the body of their daughter since last four months.

According to sources, the father had taken her ailing daughter Shalini to a private clinic at Gopalprasad in Talcher in September. On the advice of the doctor, a staff of the clinic administered an injection to the girl when a portion of the needle got stuck inside her body. The doctor later assured the father that the broken needle will automatically come out of the body.

But as the broken needle did not come out, the hapless father again took her daughter to the doctor and a surgery was conducted at a nursing home in Angul and later in a private hospital in Bhubaneswar, but to no avail.

Even the doctors at the district headquarters hospital in Angul, Sishu Bhawan and SCB Medical College and Hospital in Cuttack, could not find a way to extract the broken needle.

Asked about the matter, additional collector, Angul, Goury Nayak said he and some NGOs had taken up the matter with the Cuttack collector, who assured that surgery of the minor girl will be conducted at the SCB. However, the surgery has been delayed as the equipment required for the removal of the syringe is not in a working condition. The surgery will be conducted after the equipment is fixed, he added.

A similar incident was also reported in Angul district in October this year when a broken syringe needle was stuck inside the body of a minor boy of Mohankhali village in Athamallik block. However, the doctor at the community health centre (CHC) at Madhapur pulled out the needle two days after the boy was given some oral medicines.