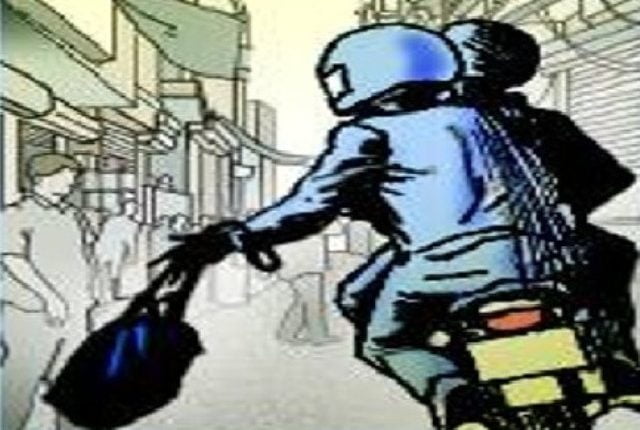 Rayagada: Two unidentified miscreants allegedly looted more than Rs 1 lakh from a journalist in the district on Saturday.

According to sources, the journalist, I Sarbeswar Rao withdrew Rs 1.4 lakh from the main branch of State Bank of India (SBI) in the town and was returning in his Bolero vehicle when he stopped near Uma Shankar cinema theatre. He got down from the vehicle to meet a friend.

While Sarbeswar and his friend were engaged in a discussion, the miscreants came from behind and told them that oil was leaking from Bolero. When the journalist opened the vehicle’s hood to check the oil leak, the miscreant took the bag containing the cash from inside the Bolero and sped away on a bike.

On being informed about the incident, Rashmi Ranjan Pradhan, IIC of Rayagada police station along with a team went to the spot and launched an investigation.

The two miscreants could be seen from the footage of a CCTV camera installed in the area but their identity could not be ascertained by the police who have launched a manhunt to nab them.