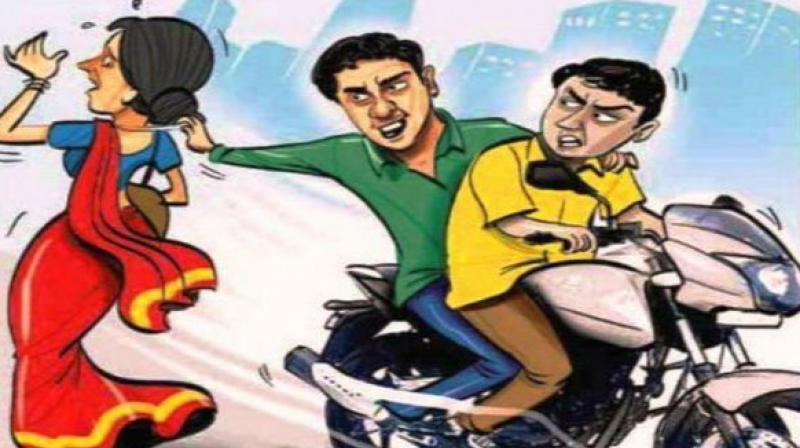 According to reports, the incident happened when the victim was on way to catch a Mo Bus near Nayapalli police station. The miscreants came from behind and sped away after pulling the gold chain from her neck.

Following a complaint, police have launched a manhunt to nab the miscreants.