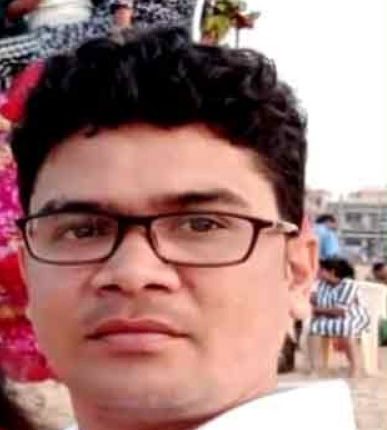 Berhampur: The case of missing Gram Rojgar Sevak (GRS) Swagat Panda in Odisha’s Ganjam district has taken a new turn with two CCTV cameras capturing him walking on the road on the fateful night.

Swagat, working as GRS of Solaghara and Sunathara panchayats under Purusottampur block, had left his house at 9.30 pm on Monday to meet BDO. But he did not return home till next morning while his mobile phone remained switched off.

His wife filed a missing complaint about him at Purusottampur police station on Tuesday. Belonging to Jenapalli in Chhatrapur of the district, Swagat was staying in Kansari Sahi of Purusottampur for the last one and a half years.

According to police sources, Swagat’s wife had contacted Purusottampur BDO after he did not return home. The BDO told her that the GRS had called him over phone at around 9.30 pm and they had discussed some official matters. Since then he has neither come to the office nor contacted him, he added.

On Tuesday morning, Swagat’s mobile phone and motorcycle were found at different places of the town. While the phone was found by the locals at Harijan Sahi square, the bike was lying abandoned at Gadasahi.

A CCTV camera installed at a petrol pump on Berhampur-Purusottampur road has captured Swagat walking  alone around midnight of Monday. Another CCTV camera at a dhaba near the petrol pump has also recorded him walking away.

The police have recovered the CCTV footage from both places and launched an investigation. They are questioning the family members and relatives of Swagat.  The police have also retrieved the phone numbers of Swagat’s mobile phone and were enquiring regarding his whereabouts.