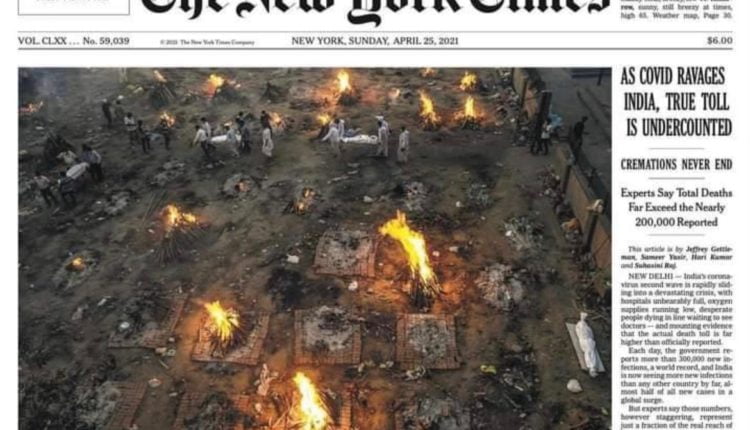 New Delhi: The world media has, in one voice, criticized the Indian government for failing to contain the COVID-19 pandemic and prevent the tsunami of infections that has lashed the country and devastated its healthcare system.

Strong editorials, commentary pieces and reports blaming the Narendra Modi government have been published in leading newspapers like New York Times, The Guardian, Le Monde and Straits Times, and aired on TV channels like BBC.

Time magazine ran a cover story titled ‘India in crisis’ and another article on ‘How Modi failed us’.

These articles have mainly emphasized on the Central government ignoring warning signs, holding an extended eight-phase election in West Bengal and the Kumbh Mela. 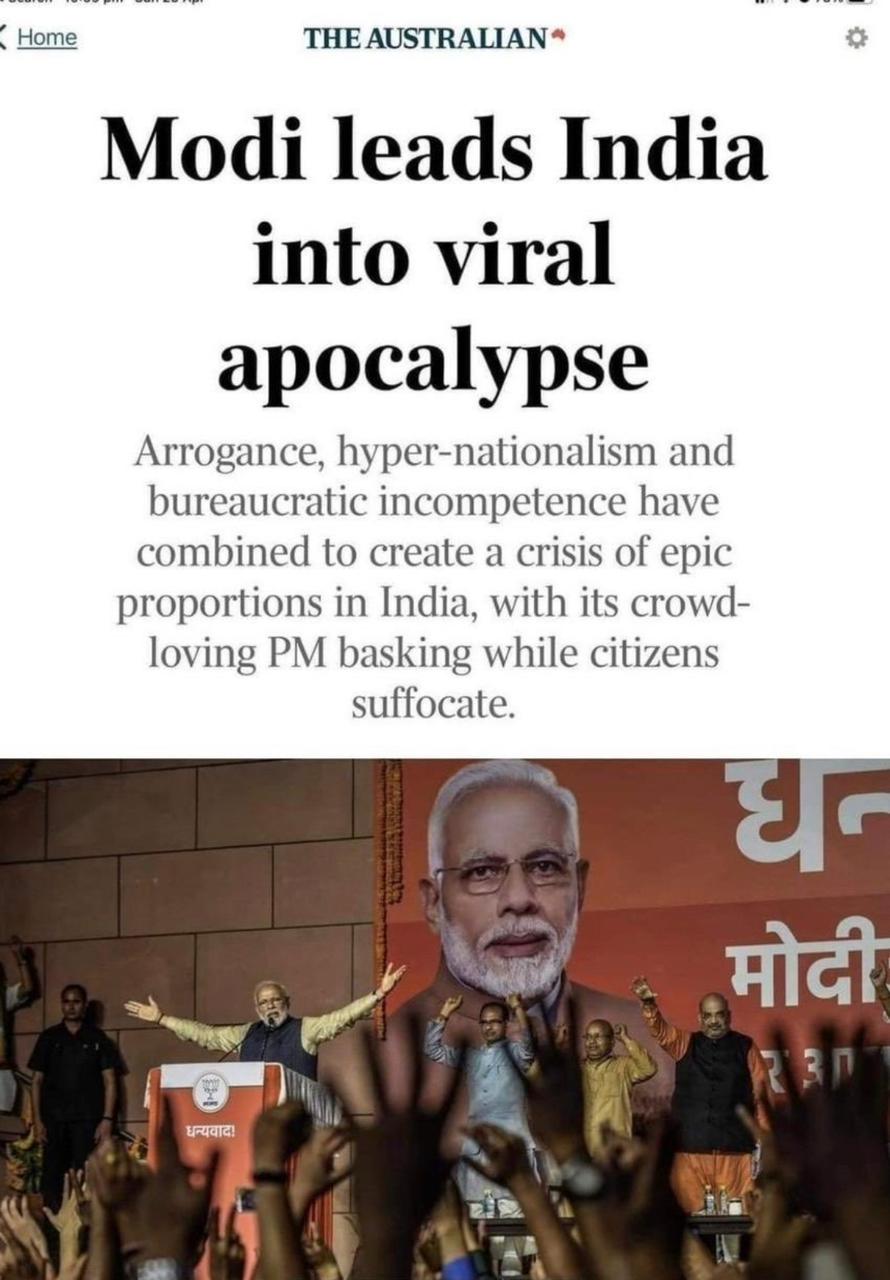 Not unexpectedly, the Indian government has started efforts for damage control.

External Affairs Minister S Jaishankar, in a virtual meeting with Indian ambassadors and high commissioners across the world, conveyed the message that the ‘one-sided’ narrative in international media that Modi-led government had failed the country with ‘incompetent’ handling of the second COVID wave must be countered, reported The Indian Express.

Officials present at Thursday’s meeting said two topics were discussed — efforts being made to procure all materials India needs to overcome the alarming spike and taking control of the international media narrative by projecting the government’s side of the story, according to The Indian Express.

Here are some of the observations made by leading international publications:

The Washington Post (US) described India’s second COVID wave “as avoidable as it is tragic”. “Tens of thousands of spectators were allowed to fill stadiums for cricket matches; movie theatres were opened; and the government permitted enormous religious gatherings such as the Kumbh Mela, a festival in which millions of Hindus gathered to bathe in the river Ganges.”

The Guardian (UK) said in an editorial, “The Indian Prime Minister’s overconfidence lies behind the country’s disastrous COVID-19 response.” It went on to say that Modi “suffers from overconfidence in his own instincts and pooh-poohs expert advice” and “the buck stops with him. He should acknowledge and make amends for mistakes that have caused enormous suffering… Future historians will judge Mr Modi harshly if he continues with the exceptionalist views that have led to a disastrous public health outcome.”

The New York Times (US) pointed to complacency wrong steps taken by the government. “Complacency and government missteps have helped turn India from a seeming success story into one of the world’s worst-hit places, experts say. And epidemiologists warn that continuing failure in India would have global implications,” the article read. It further stated that India’s vaccination rollout was “late and riddled with setbacks”.

BBC (UK) reported that the surge in cases during India’s second wave “was driven by a number of factors… Health protocols have been lax, with mask mandates sporadically enforced.” It also mentioned the Kumbh Mela, which was attended by millions of people.

ABC (Australia) was of the view that the catastrophe could have been avoided. “Not only is the surge far more aggressive and deadly than the one India endured last year, but there is a much stronger belief that this catastrophe could have, and should have, been easily avoided. There are three key factors behind what went wrong — government response, public behaviour and variants.” 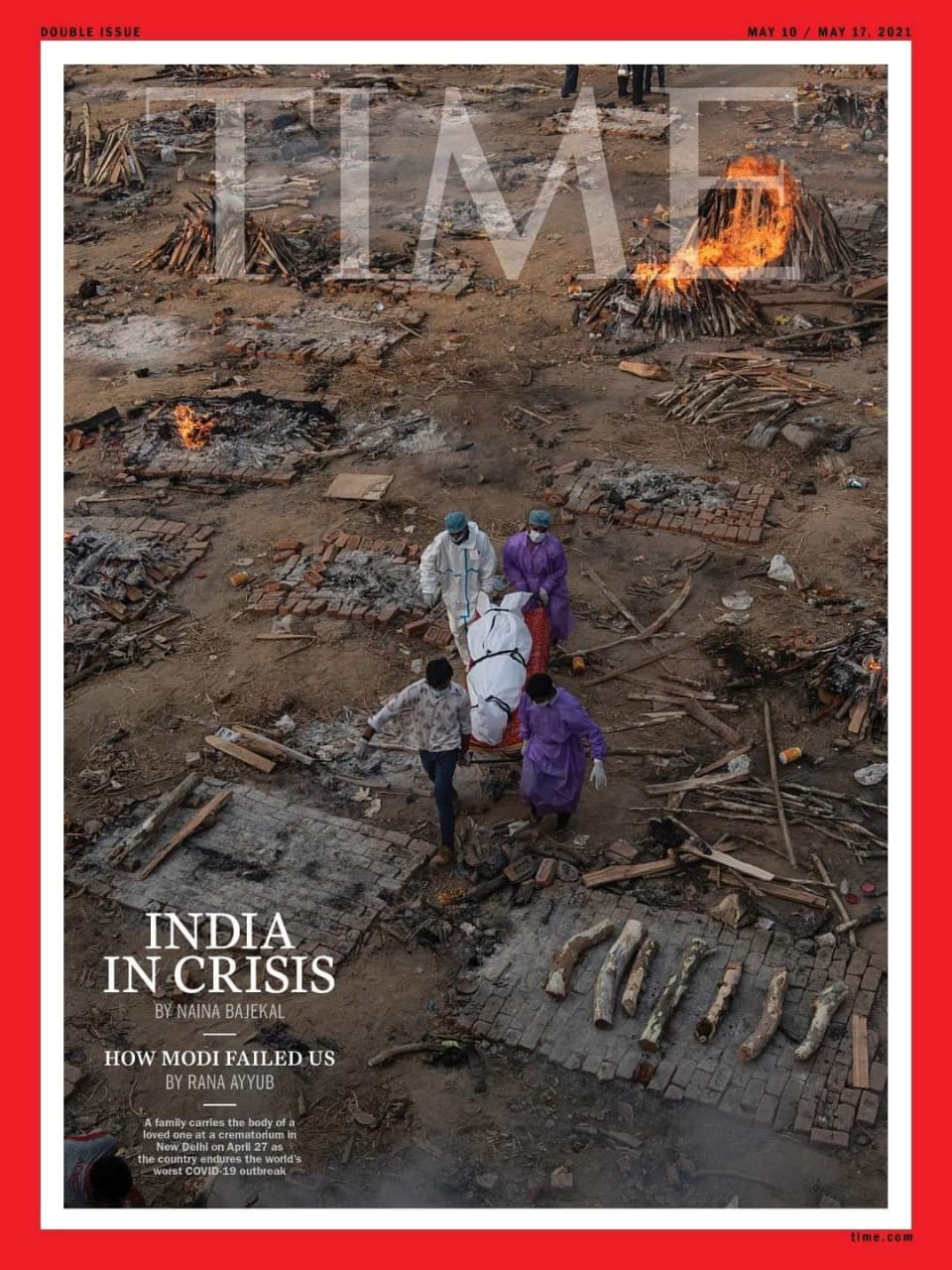 Time (US) wrote that responsibility lies with a strongman regime. “The responsibility lies with a strongman regime that has ignored all caution… It lies with the sycophantic cabinet ministers who praised Modi for successfully dealing with Covid-19 in India even as testing slowed down and allowed people to become more complacent about the virus,” according to an article published in the widely-read magazine.

Global Times (China) felt India made the “unforgettable mistake” of dropping guard following a brief lull in coronavirus cases. “Oxford Economics warned that the brutal coronavirus resurgence in India would raise concerns that Indian economy’s nascent recovery will be derailed,” an article said.

COVID-19 Spread: Shops To Remain Closed After 2 PM Across Odisha From This Day