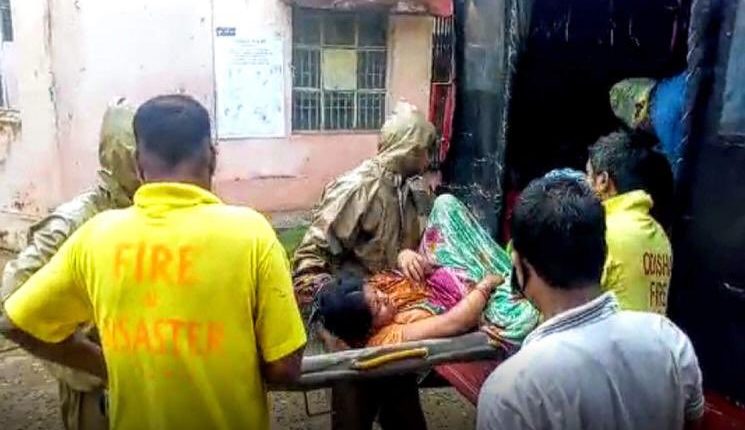 Bhubaneswar: Former Indian cricketer Mohammed Kaif took to his Twitter handle on Saturday to laud the Odisha fire brigade department for braving all odds after Cyclone Amphan and rescuing a woman in labour, who gave birth to a healthy baby girl in their van.

As per reports, the Mahakalapada fire station in the state received a call from the helpless family members of 20-year-old Janaki Sethi, who was experiencing labour pains on Wednesday morning.

But the family members were unable to shift her to the hospital as the road near their house was blocked with uprooted trees after the Cyclone Amphan.

The family members tried to call the ambulance service but received no help from them. Then they rang up the Mahakalapada fire station for help.

Speaking about the incident, Deputy Fire Officer P. K. Dash said, “The family members made best efforts to contact ambulance services. They had lost all hopes. On receiving information, two of our teams rushed with equipment to the spot.”

The fire brigade personnel immediately jumped into action. Braving all odds, they removed 22 trees lying on the road and reached Janaki’s place.

When the fire brigade personnel were shifting Janaki to a hospital in Kendrapara district, she gave birth to a baby girl in the van itself.

When A ‘Cyclone’ Had Helped End A Pandemic

Locals Turn Messiah For Newborn Dumped In Garbage In…