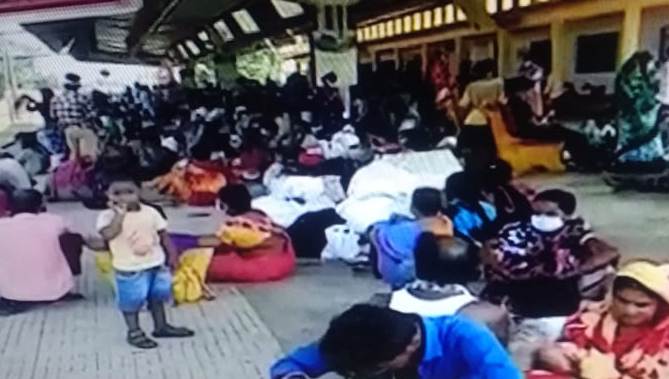 Berhampur: The Government Railway Police (GRP) detained more than 400 migrant Odia workers at the Chilika Railway Station after they got off the Bhadrak-bound Shramik Special train by pulling the chain.

According to reports, the train carrying the migrant workers including more than 400 workers of Ganjam district from Namburu in Guntur district of Andhra Pradesh was on the way to Bhadrak. The train had no stoppage at Jagannathpur and Berhampur railway stations. It was scheduled to drop the migrant workers at the Khurda Road Railway Station.

After the train crossed Berhampur, the migrant workers pulled the chain near the Chilika Railway Station and got off the train. The train later left for Bhadrak.

However, the GRP personnel present at the railway station detained the migrant workers and informed the district administration.

Following information, the tehsildar of Khallikote, Balugan police and the GRP arrived at the station.

Till reports last came in, some social activists had provided dry food to the migrant workers while arrangements were being made by the district administration to send the workers to their destination.

SC Asks Govt To Respond To Ban On Zoom