A report reveals how the agri-giant and USAID pushed their agenda of growing maize in Punjab by delaying the sowing and subsequent clearing of rice crop till late October when the wind changes direction towards Delhi and brings with it smoke.... 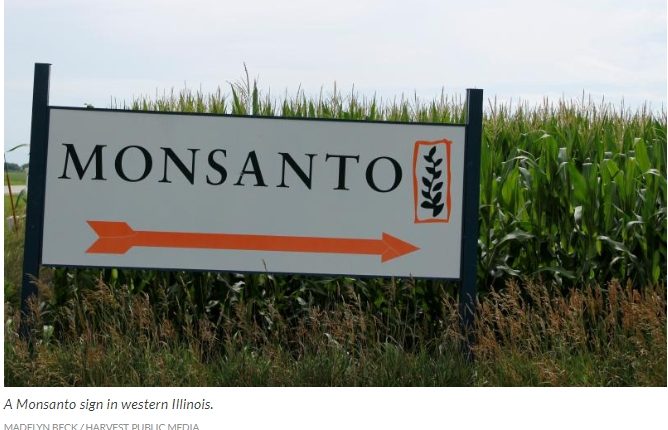 As pollution soars in northern India, a report published in the Sunday Guardian revealed how American agri-giant Monsanto and United States Agency for International Development (USAID) could be responsible for a smoky Delhi.

The report shows how earlier, farmers in Punjab burnt the rice crop while preparing for the wheat crop but the smoke remained confined to Punjab. The paddy straw burning had made it difficult to travel through Punjab villages in September end and early October. However, in recent years, the trend has shifted further and farmers have delayed the burning until late October.

This delay is responsible for the smoke reaching Delhi as wind changes its direction in October and blows into the capital city from the north, which carries smoke with it.

This shift happened in 2009, when the Punjab government passed the Punjab Preservation of Subsoil Water Act citing water shortage due to rice crop. Farmers were hence not allowed to sow rice in April, but wait till mid June. This meant the crop could be harvested and cleared only in October when the wind direction would have changed.

The report claims that Delhi’s problem of being covered by smoke started right after this law was implemented.

The argument for this legislation was that rice fields consume too much ground water and this leads to water depletion by way of evaporation. The report counters this argument showing how a study by the International Water Management Institute, Uttar Pradesh shows that water in rice fields contributes to recharging groundwater and very little of it is lost to evaporation.

The report holds USAID responsible for this, and claims the group “has used the excuse of preventing the decline of groundwater to push this agenda” and “has a worldwide reputation of behaving like a front group for American multinational corporations such as Monsanto”.

It claims that Monsanto stood to benefit most if Punjab’s farmers stopped growing rice and replaced it with Monsanto’s GMO maize. Surplus food is an uncomfortable situation for Monsanto, which has historically tried to push its GMO- crops stating that the world would face food shortage if they didn’t use genetically engineered plants sold by Monsanto, the report added.

In 2012, Monsanto set up a research centre for creating maize seeds in Punjab. The then chief minister Parkash Singh Badal announced plans to reduce the area under rice cultivation by around 45 per cent in order to grow maize.

This was soon followed by a campaign advertisement, which appealed, ‘Chonne hetho rakba katao, Pani Bachao, Punjab Bachao (Reduce the area under rice, save water, save Punjab).’

Monsanto now offers GMO crops as replacement for rice as a solution that will increase the level of subsoil water. The report claims that the soil now holds less moisture as a result of the shift caused by Monsanto.

Monsanto is infamous worldwide. It’s GMO maize is known for killing bees, which leads to a shortage of seeds of plants such as onion, which depend on bees for pollination. Many European nations have banned its maize for this reason.

The report also makes an alarming allegation that as Monsanto’s GMO maize is grown primarily as chicken-feed and is not fit for human consumption, this will result in food shortage in India.