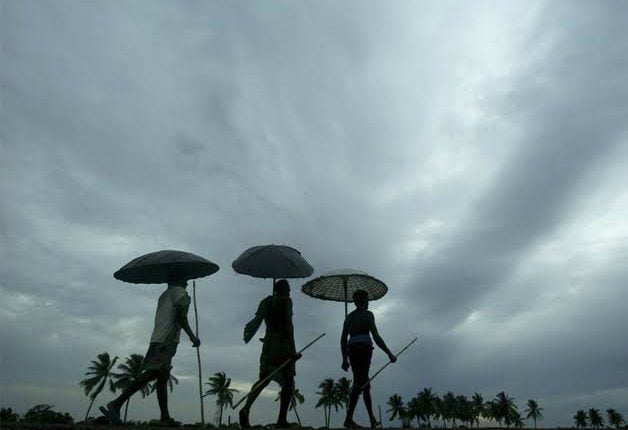 Bhubaneswar: The southwest monsoon is expected to enter Kerala around May 29 and 30, said senior scientist of India Meteorological Department (IMD) RK Jenamani.

The conditions are favourable for the onset of monsoon in Kerala around the month end, he said and added that rainfall has increased, 50 per cent stations in Kerala have received rain and cloud condition too is in a good condition on south-east Arabian sea and Kerala coast in the last 24 hours and wind speed is also picking up.

Meanwhile, the IMD has issued yellow warning for the districts of Malkangiri, Koraput, Nabarangpur, Rayagada, Kalahandi, Kandhamal, Gajapati, Keonjhar, Mayurbhanj and Balasore till 8.30 am of Saturday.

It has predicted thunderstorm with lightning at one or two places over during the next 24 hours. Similarly, light to moderate rain or thunderstorm is very likely to occur at one or two places over the districts of Malkangiri, Koraput, Rayagada, Nabarangpur, Kalahandi, Kandhamal, Gajapati, Sundargarh, Deogarh, Keonjhar, Mayurbhanj, Jharsuguda, Jajpur, Bhadrak, Balasore and dry weather very likely to prevail over the rest districts of the state during the next 24 hours, the IMD has said.

During the next 24 hours, the sky in Bhubaneswar and its neighbourhood will remain partly cloudy with the possibility of thunder/lightning while the maximum and minimum temperature is very likely to be around 38 degrees Celsius and 27 degrees Celsius respectively.

Monkeypox: Over 200 Cases Detected In 20 Countries; WHO Advises Increased Surveillance