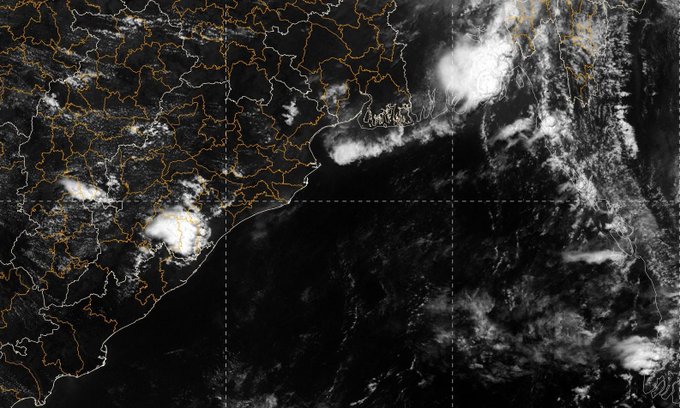 Bhubaneswar: Soaked in Raja festivities, which heralds the coming of the rains, Odisha is eagerly waiting for monsoon showers to pull down the temperature and bring relief from sultry weather conditions.

The overall rainfall activity is likely to increase gradually over Bihar, Jharkhand, Odisha and Gangetic West Bengal with fairly widespread to widespread rainfall with thunderstorm/lightning/gusty winds during the next five days, it added.

The MeT office has further predicted a dip in the mercury level after 24 hours with the maximum temperature gradually falling by 3 to 4 degree Celsius in the subsequent four days, 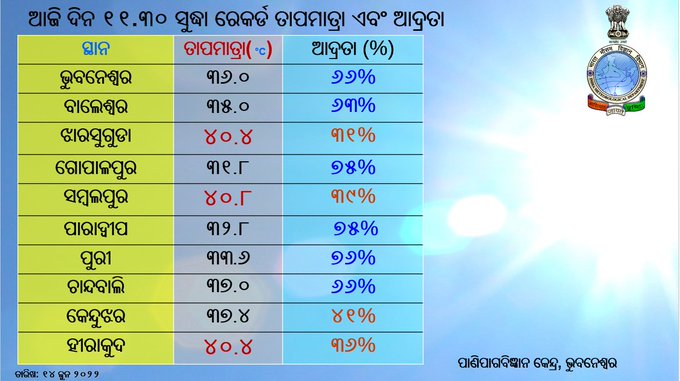 Meanwhile, Odisha is likely to experience light to moderate rain accompanied by thunderstorm and lightning till 8.30 am on June 19. While the IMD has forecast rain or thundershower at a few places in the state during the next 24 hours, yellow warning for thunderstorm with lightning has been issued for one or two places in Malkangiri, Koraput, Rayagada, Nabarangpur, Gajapati, Ganjam, Kandhamal, Kalahandi, Bolangir, Nuapada, Sonepur, Sambalpur, Angul, Dhenkanal, Keonjhar, Mayurbhanj, Balasore, Bhadrak, Jajpur, Kendrapada and Cuttack.

Forecast for next 4 days: