Monsoon To Withdraw From Odisha In 48 Hours, Know Where It Will Rain In Next 24 Hours 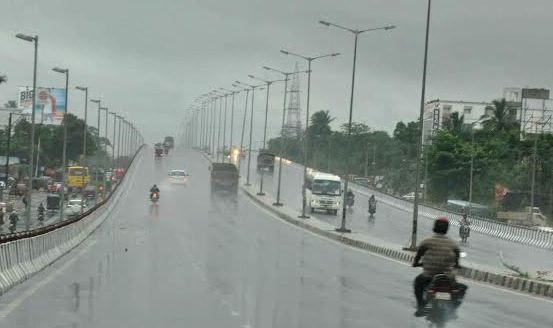 Bhubaneswar: One or two places in coastal Odisha and Mayubhanj districts are likely to receive light to moderate rainfall in the next 24 hours, director of Regional Meteorological Centre, Bhubaneswar, H R Biswas informed on Monday.

“The weather in western and interior Odisha will remain dry. Similar weather condition will prevail for the next 24 hours,” he said.

Biswas said that the sky in twin cities of Bhubaneswar and Cuttack will remain partly clouded and there will be thunder activities in some areas.

Mayubhanj, Keonjhar, Dhenkanal and Angul had experience light to moderate rain in the last 24 hours. The highest of 23.2 mm rainfall was recorded in Mayurbhanj’s Udala, followed by 22.2 mm in Baripada.

The weatherman said that weather conditions are favourable for withdrawal of monsoon from western and northern Odisha in the next 24 hours and the entire state in the subsequent 24 hours.

The southwest Monsoon had withdrawn from Sundargarh, Jharsuguda, Deogarh, Sambalpur, Bargarh, Sonepur, Bolangir and Nuapada districts and some parts of Mayurbhanj , Keonjhar, Angul, Boudh, Kandhamal , Kalahandi , Nabarangpur and Koraput districts of Interior Odisha as on Monday, he added.