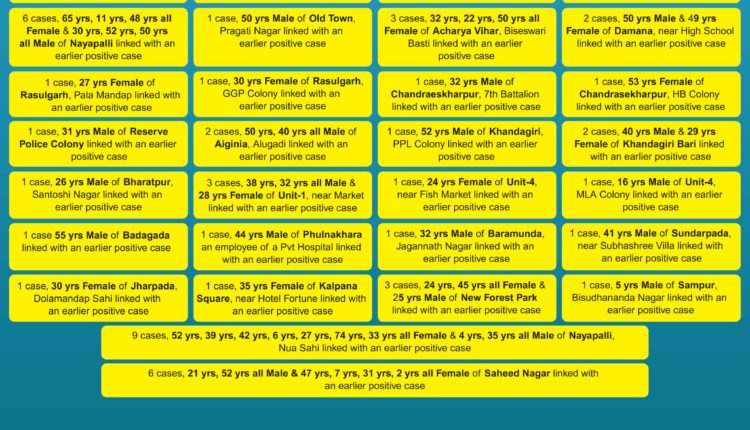 Bhubaneswar: The Odisha capital saw 105 new COVID-19 cases in the last 24 hours, which took the affected tally to 2607 on Thursday.

All quarantine cases are contacts of previous patients. Six cases have been detected in Nayapalli and another nine from Nua Sahi, which includes a four-year-old boy, in the same locality. Saheed Nagar has reported six more cases including a two-year-old girl. A five-year-old boy of Sampur has also contracted the virus. 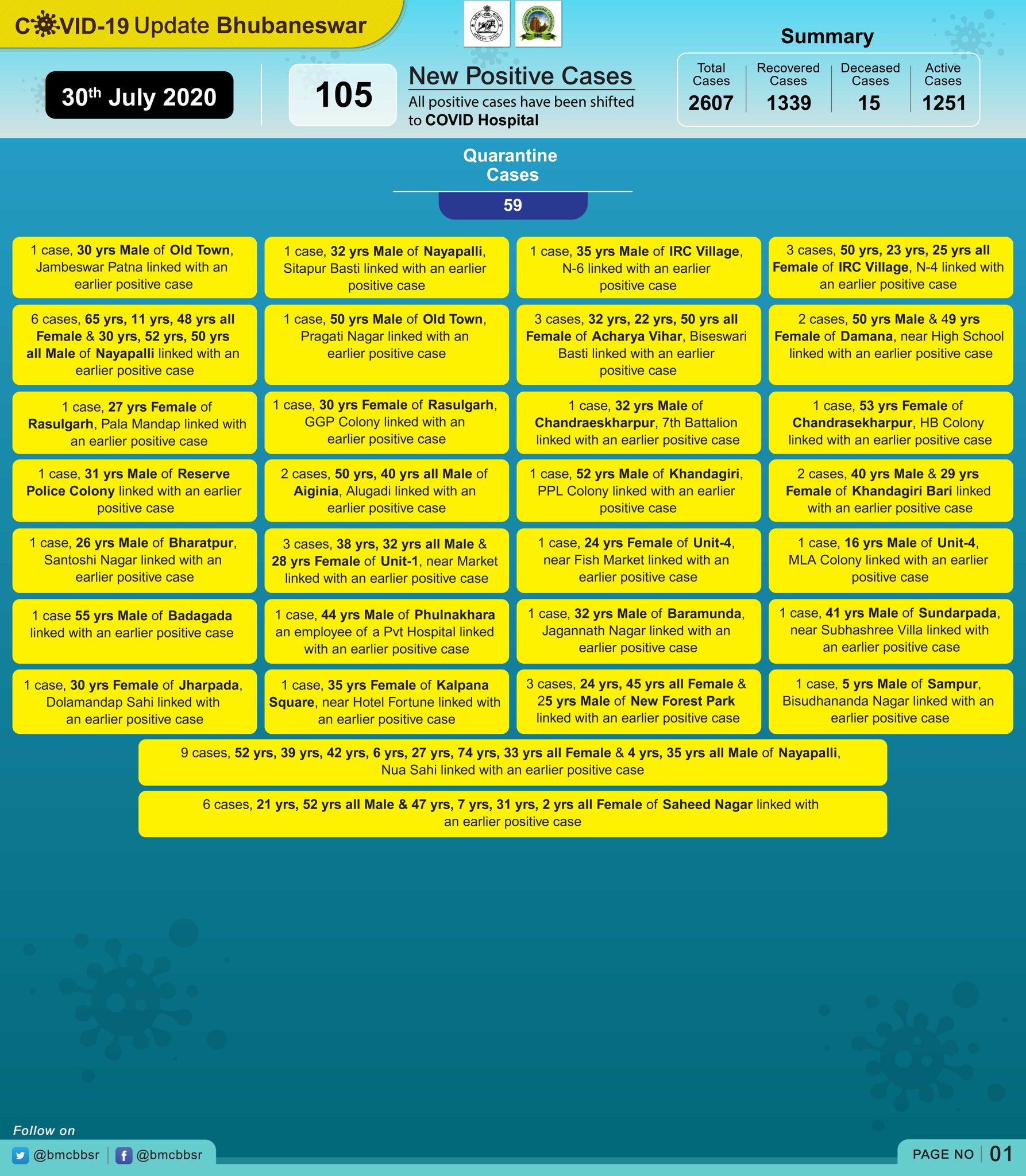 Among the local contact cases, the youngest is a 19-year-old youth of Jagamara and the oldest a 74-year-old woman of BJB Nagar.

“Further contact tracing is on. Primary contacts and nearby houses are being quarantined, sanitised and these will be under active surveillance,” the Bhubaneswar Municipal Corporation tweeted. 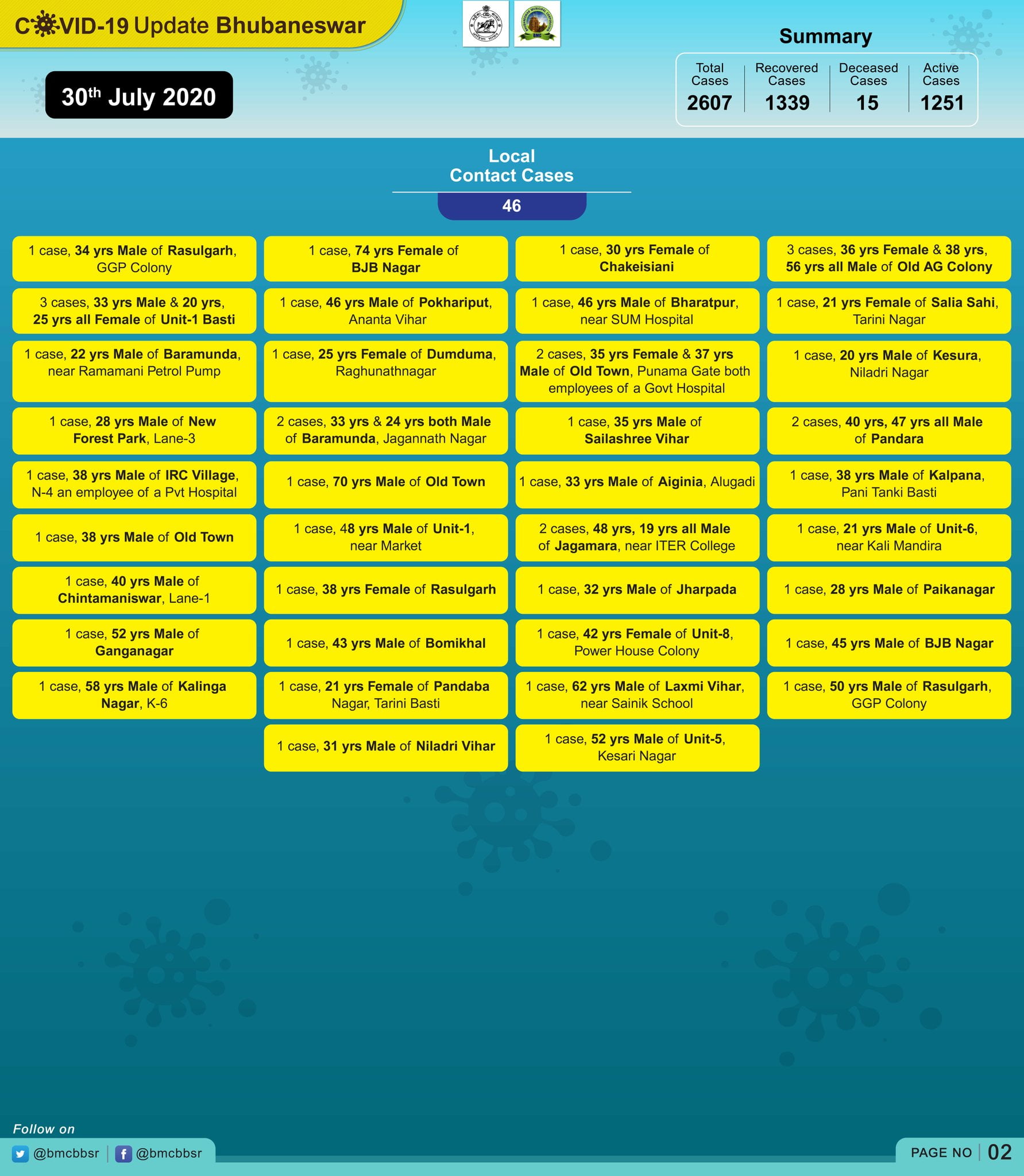 On the other hand, 123 more patients have been cured of the infection.