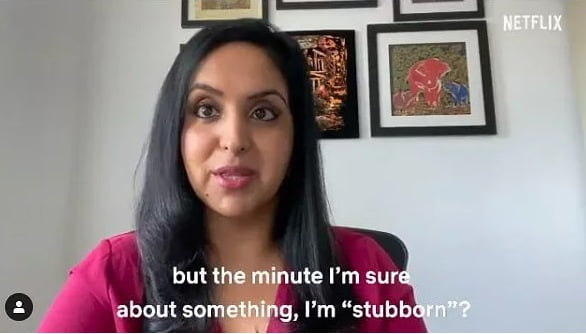 Mumbai: Rejoice, fans of Indian Matchmaking — Netflix has released a bonus episode of the show.

In this episode, all the participants were interviewed and they revealed their current status and lives after Matchmaking.

The popular show had generated strong polarising opinions on social media, which was flooded with memes and comments. One of the biggest targets was definitely Aparna Shewakramani, who was both ridiculed and praised for her strong personality.

In the bonus episode, Aparna revealed that some of matchmaker Sima aunty’s comments about the female participants were “very concerning”.

She pointed out how fellow participant Pradhyuman was presented with chocolates by Sima and treated very kindly despite him having rejected over 150 proposals. On the other hand, she was described as “negative” and “stubborn” by Sima aunty.

“I think that’s very strange and very concerning and it actually gave me a little pause about the process, and how it was going to look for me,” Aparna said.

The bonus episode also investigated if Nadia was really ghosted by Vinay. The host also questioned Akshay on why he had called off his engagement and also about his mother’s blood pressure!

Ankita from Delhi had a different take and said that some of the reactions were too harsh on Sima aunty. She explained that Sima aunty’s process, which was labelled as “regressive” by many, was actually what the market demanded, and hence it was not her fault.

To listen to what happy-go-lucky Vyasar and ‘closet-designer’ Pradhyuman said about their experiences, watch the entire bonus episode below: