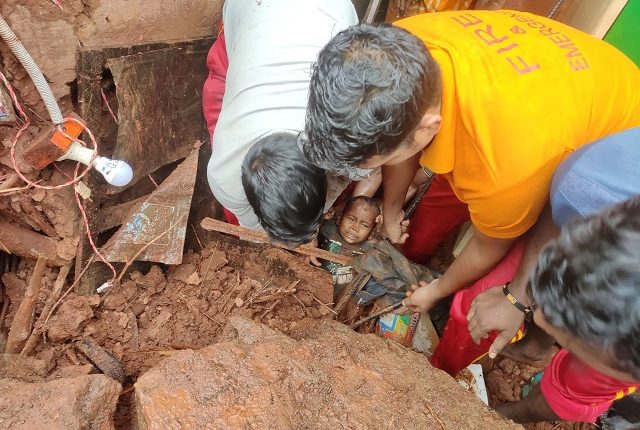 Phulbani: In a tragic incident, a mother and her five-year-old daughter died on Thursday after they were buried under a wall that collapsed on them following incessant rain in Phulbani in Odisha’s Kandhamal district.

A family of four — Brundaban Majhi, his wife, their daughter and son — were buried under the wall after it caved in on them following heavy rainfall.

Fire Services personnel from Phulbani rushed to the spot but as it was located on a narrow street in a hilly area, they were unable to move their vehicles there.

But the fire services personnel managed to rescue the trapped family and rushed them to hospital. The mother and daughter were declared brought dead. The son is in a critical condition.

No Asylum: Sri Lanka President Flies From Maldives To Singapore On ‘Private Visit’