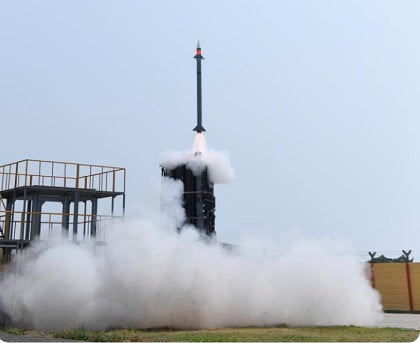 In the test, the missile secured a direct hit at the target at a very far-off distance. The system is part of the Indian Army, according to DRDO officials.

The MRSAM test was conducted after surface-to-surface BrahMos supersonic cruise missile was successfully test-fired on Wednesday.