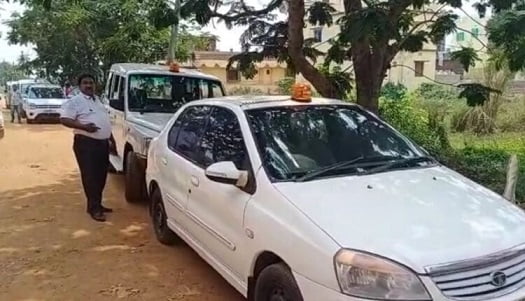 Bhubaneswar: The Odisha Crime Branch on Sunday sealed the Dayal Ashram old age home at Sundarpada in the state capital, where lensman Manas Ranjan Swain was allegedly tortured and beaten to death.

The ashram was run by Sarmistha Rout, the prime accused in the case. Owner of a web channel based in Bhubaneswar, where Manas used to work, Sarmistha is absconding.

Earlier, a team from the Crime Branch, which took over the investigation from Bhadrak police on March 25, arrived at the ashram along with forensic experts to collect evidence.

The caretaker of the ashram, who has claimed she had handed over the last letters written by Manas to absconding web channel owner Sarmistha Rout, was present at the ashram during the visit by the Crime Branch team.

Bloodstains were earlier found in a room of the ashram.

The forensic team will also examine the car, in which Manas’ body was taken from the ashram to Nayagarh, where it was buried.

The caretaker told a local channel on March 25 that she found three letters in a polythene bag under a bed and handed them over to Sarmistha.

“I found the letters while cleaning the room. Manas had mentioned his name, his contact number and his father’s name. He had also written that he was being tortured and those who had abducted him had also taken away Rs 4,000, his camera, wallet and bank passbook,” the caretaker said.

Weather To Remain Mostly Dry Till March-End In Odisha; 4 Dists To Receive Rain