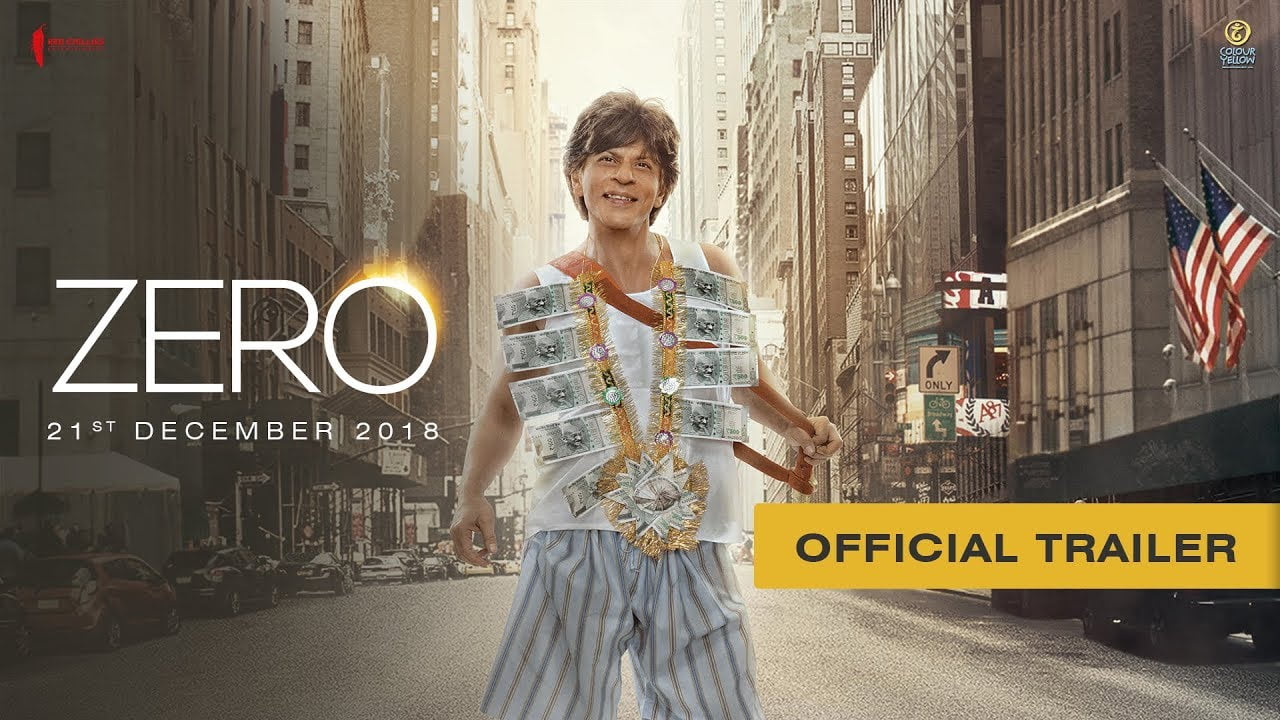 Bhubaneswar: The trailer of the movie ‘Zero’, starring Shah Rukh Khan, Katrina Kaif and Anushka Sharma, is finally out. The trio will be seen together on the screen after six years, their last outing together being ‘Jab Tak Hai Jaan’.

The trailer gives a glimpse into the life of ‘Bauua Singh’, seeking the love of his life at the age of 38. The trailer unfolds the characters one by one as at first Bauua sees a picture of Anushka and falls in love with her, not realising that she is specially-abled and moves on a wheelchair. He falls in love with her but soon, Katrina Kaif comes into the picture, bringing a twist and a love-triangle into the story.

However, the most interesting part is the conclusion of the trailer, where Bauua says people promise to bring the moon and the stars for their lovers but he took it way too seriously and a rocket takes off.

While one cannot make out much from the trailer, a strong gripping love story with a hint of drama is assured. The movie, as the director Anand L Rai said, celebrates life. The trailer was released today, which is also Shah Rukh’s birthday.


Two posters of the movie were released on Thursday. The first poster features a happy-looking Shah Rukh Khan and Anushka Sharma, while in the second poster, Katrina is seen striking a romantic pose with ‘Bauua’.

Produced by Red Chillies Entertainment and Colour Yellow Productions,
the movie will hit the theaters on December 21.