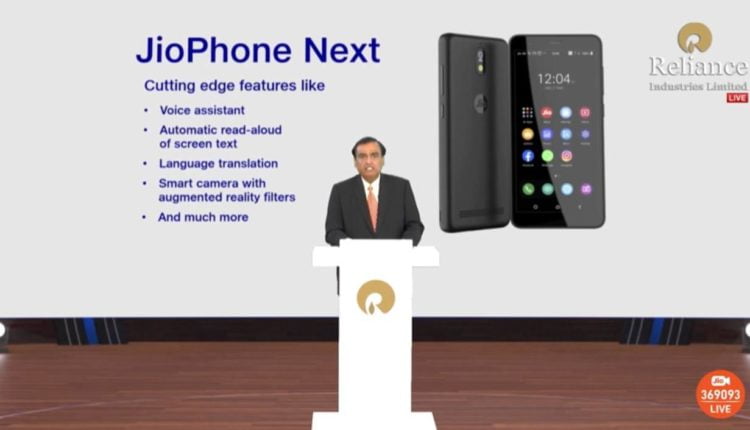 Mumbai: Reliance Industries Ltd (RIL) Chairman Mukesh Ambani on Thursday announced the launch of JioPhone Next, a fully featured smartphone that is co-developed by Jio and Google.

The new phone will be available in the market from September 10, Ambani announced at RIL’s 44th annual general meeting (AGM).

“It is my promise that JioPhone Next will be by far the most affordable smartphone not just in India, but globally,” he announced.

JioPhone Next is a fully featured smartphone that supports the entire suite of applications from both Google and Jio as well as the Android Play Store.

It is powered by an extremely optimized version of the Android operating system that has been jointly developed by Jio and Google, especially for the Indian market.

While being ultra-affordable, the new phone is packed with cutting edge features like voice assistant, automatic read aloud of screen text, language translation, smart camera with augmented reality filters and many other features.

The project will be amongst the largest such integrated renewable energy manufacturing facilities in the world, he said at the company’s AGM.

Dhokra Artists Need Govt Support To Save The Art From Dying

Owner Of Explosive-Laden Vehicle Outside Mukesh…