Dhokra Artists Need Govt Support To Save The Art From Dying 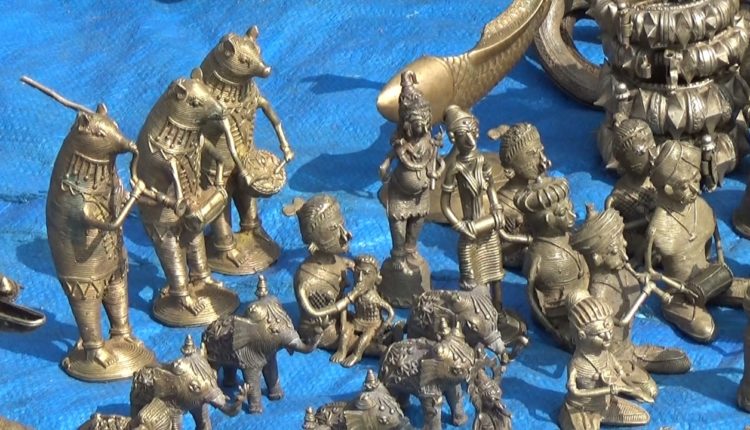 Rayagada has scores of artisans and craftspersons, who are toiling hard to meet both ends meet. COVID-19 has dealt a further severe blow to them in one-and-a-half years.

With daily markets and weekly haats closed, traditional bamboo artisans and potters are not able to arrange even two square meals a day. In the absence of tourism and exhibitions, the sale of Dhokra crafts has been abysmally low.

The name ‘Dhokra’ was originally used to indicate a sect of craftsmen who well were known for their metal craft. Now, it refers to a metal craft, which is tribal in origin. Dhokra craft mainly has figurines of gods, goddesses and religious animals, birds and traditional jewellery. It has a rustic and antique finish, which makes it unique and appealing. Though Dhokra artisans are untutored in traditional institutions, they possess a huge repertoire of creativity and artistic sagacity. Dhokra art is revered all over the world for its primeval plainness and enthralling folk motifs.

Jhigidi and Gatiguda villages of Bissam Cuttack and Muniguda Blocks of Rayagada inhabit Dhokra craftspersons of the district. At least 60 households with a total of 144 artisans are engaged in the Dhokra craft in these two villages; 78% of the Dhokra artisans are concentrated in Jhigidi and 22 % in Gatiguda.

In Gatiguda, almost all the artisans are involved in making ornaments whereas the Jhigidi artisans make figurines of the tribals, gods, goddesses, animals, and birds and decorative items. All the households are engaged in doing Dhokra craft.

Some who had migrated to Kerala in pursuit of employment, have come back during the pandemic. Being skilled persons, they do not think it fit to work as labourers. A large population (40%) is illiterate; 38% know how to put a signature despite no formal education. There is not a single graduate in these villages. 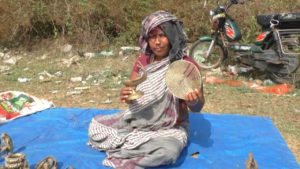 There is no designated workplace with electricity and sitting arrangements for the artisans. Till now, the pricing of the products has not been done scientifically. The artisans do not get a fair price and regular work. There is no assured and constant market for their products. Since most of the artisans do not have entitlement cards like an Artisan Card, they are deprived of benefits under government schemes.

Since artisans are bank defaulters, they are not able to get financial services from banks at competitive interest rates and subsidies.

Various awards/certificates are conferred to the artisans to recognise their craftsmanship and contribution to the development of Dhokra craft. This recognition is meant to encourage the artisans to not only continue with the craft but also motivate others to emulate them. Both the Central and State Governments have introduced a number of awards/certificates like Shilp Guru, National Award, State Award, National Merit Certificate, State Merit Certificate, etc. Surprisingly, it was found that all the 144 artisan households in the villages were completely ignorant of such awards.

Low and irregular income of the artisans is the major constraint. Most of them are not able to avail various government-sponsored schemes for lack of awareness. Even if they receive training with the support of Tribal Development Cooperative Corporation (TDCC), the follow-up is negligible. Showcasing their products, documentation of their work, using improved technology in reducing the cost of production, and diversification of products are some of the areas that need more attention. 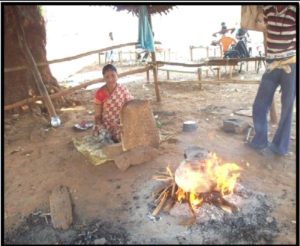 Similarly, shawls known as “Kapda Gunda” produced by Dangaria Kandhas, a Primarily Vulnerable Tribal Group (PVTG) inhabiting in Bissam Cuttack, Kalyan Singhpur & Munihuda blocks need to be diversified. Though the district’s official website boasts of diversified products like office folders, purse, vanity bags, handbags, made by them, they are not available for purchase. The Tribal World, a retail centre of traditional tribal products opened five years back is almost closed. The GI tag process for “Kapda Gunda” initiated by district administration is still in cold storage.

“Forest department should procure bamboo bins and tiny baskets for plantation and raising seedlings. They and other departments like horticulture, agriculture, soil conservation, watershed, etc should also procure earthen pots to raise seedlings and distribute them to locals at a subsidised price. TDCC should procure all the Dhokra art pieces at a minimum support price to the producers. Odisha PVTG Empowerment & Livelihoods Improvement Programme (OPELIP) needs to procure all the shawls and base materials from Dangaria Kandhas and put up a small garment factory in Rayagada for diversified products. Each artisan family should be paid a monthly incentive of Rs. 5000 per month for next one year,” Pramila Swain, a senior women leader of the district told Odishabytes.

Unfortunately, the district administration has hardly paid any attention to the constraints faced by these economically impoverished artisans as individuals and as communities. They are left to depend on providence because of the lackadaisical attitude of district administration and lack of a well thought development strategy for intervention.

Odisha Civic Bodies Must Spend 25% Of Budget On Slums: Govt