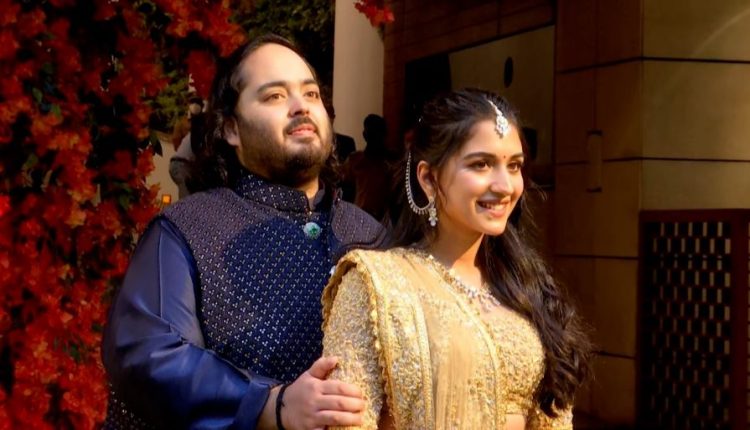 Bhubaneswar: Billionaire businessman Mukesh Ambani’s younger son Anant Ambani, who recently got engaged to industrialist Viren Merchant’s daughter Radhika, arrived in Bhubaneswar on Tuesday ahead of his visit to Puri to seek the blessings of Lord Jagannath.

Anant landed at the Biju Patnaik International Airport (BPIA) in Odisha capital where security was tightened in the afternoon, in view of his visit.

Soon after arrival in Bhubaneswar, the Ambani scion proceeded to the Pilgrim Town. He is scheduled to offer prayer and seek the blessings of the sibling deities at the 12th-century shrine, sources said.

After darshan at Shree Jagannath Temple in the seaside pilgrim town, Anant is scheduled to return to Bhubaneswar and fly back to Mumbai.

It may be noted here that Anant visited Kamakhya Temple atop the Nilachal Hills in Guwahati on Monday to seek the blessings of the Goddess.

He was formally engaged to Radhika Merchant, daughter of Shaila and Viren Merchant, on January 19 in Mumbai.