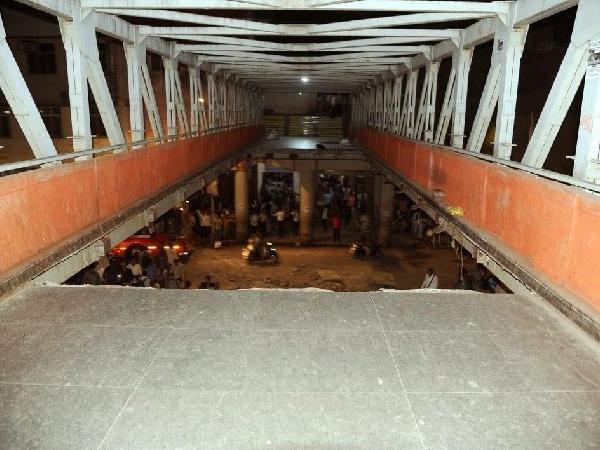 Mumbai: At least four people are confirmed dead and over 30 injured as a portion of a foot overbridge connecting Chhatrapati Shivaji Maharaj Terminus (CSMT) railway station collapsed in the evening rush hour.

It connected CST platform No 1 north end with the B T lane near the Times of India building.

“Four people have died in the incident,” the disaster management unit of the Brihanmumbai Municipal Corporation (BMC) confirmed. The BMC headquarters is stone’s throw away from the bridge.

A Railway spokesperson told Odisha Bytes that they are extending all possible support to the victims even as the bridge belonged to BMC. Railway doctors and personnel are cooperating with the BMC, he said, the incident took place at around 7.42 PM.

This bridge was used by Ajmal Kasab — one of the perpetrators of the Mumbai terror attack in September 2008 — to head towards the city after firing indiscriminately at the CST terminus station on that fateful day. Since then, the locals had named it the Kasab bridge.

The injured have been rushed to St George Hospital and G T Hospital.

Some report suggested the bridge was not part of a safety audit ordered after another foot overbridge had collapsed last year in Andheri. 445 such bridges had to be assessed in a safety audit after last July’s Andheri bridge collapse.