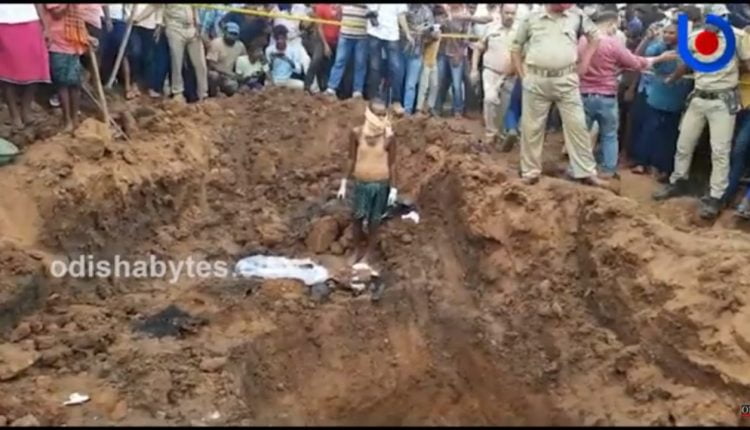 Sahu, who was nabbed on Tuesday after he slipped out of police barrack at Titlagarh on Sunday night, also named three other persons who allegedly helped him to bury the body of Mamita in the under-construction stadium near Government High School at Mahaling in Kalahandi.

His associate Radhe, JCB driver and stadium clerk have been detained for questioning, police sources said.

A charred body suspected to be that of the schoolteacher was exhumed from the stadium on Tuesday.

Meanwhile, Sahu has been arrested and forwarded to SDJM court in Bangomunda. Police are likely to seek his remand for further interrogation.

Sunshine English Medium School’s managing committee president Sahu decided to eliminate her when she threatened to expose him and his illicit affairs. He was allegedly harassing female employees of the school and Mamita had shown him two clips which she had as evidence.

Sahu and Mamita went to Bhawanipatna in his car on October 8. He reportedly drove his car on the day and had asked his driver to stay back.

While returning, he strangulated Mamita to death inside the vehicle following a violent altercation. The car was seized on October 14 and an anklet and a jar containing petrol were recovered from the vehicle.

The pit in the stadium under construction was dug up using an excavator on October 6-7. After Mamita’s death, the body was set on fire using petrol and later buried in the pit. Salt was also put on the body to accelerate the process of decomposition.

Sahu asked the excavator operator to cover the pit with soil on October 9.

The site to bury her was carefully chosen and it eerily matches with the plot of Ajay Devgn-starrer Drishyam in which the protagonist had buried a body in an under-construction police station. Spread over a large area, the stadium is secured by a boundary wall.