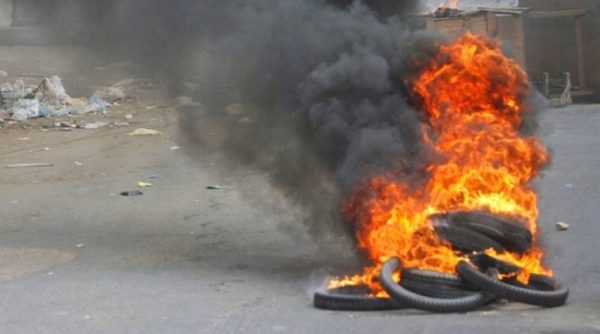 Bhawanipatna: The Bharatiya Janata Party (BJP) on Wednesday observed 12-hour bandh in Kalahandi to press its demand for CBI probe into over the missing case of the lady teacher Mamita Meher even as prime accused Gobind Sahu has confessed to police to have murdered her.

The workers of Kalahandi district unit of BJP enforced the bandh from 6 am. They came down to the streets of Mahaling to ensure that the shops and commercial establishments and government and private institutions are closed. Mamita worked as a teacher in Sunshine English Medium School at Mahaling.

The BJP workers also blocked the main roads of the town by burning tyres and raised slogans against the state government and Minister of State for Home Dibya Shankar Mishra. They alleged that the minister was involved in kidnap and murder of Mamita.

On Tuesday, the party’s district unit president  Debendra Mohanty had called Kalahandi bandh demanding resignation of the minister and CBI probe into the case.

Meanwhile, the members of BJP Mahila Morcha hurled eggs at the residence of Minister Dibya Shankar Mishra in Bhawanipatna demanding his arrest.

Youth Congress activists led by their president Smruti Lenka staged a demonstration in front of the Naveen Niwas, the residence of chief minister Naveen Patnaik in Bhubaneswar.

As they tried to barge into Naveen Niwas, the police deployed at the spot detained them.