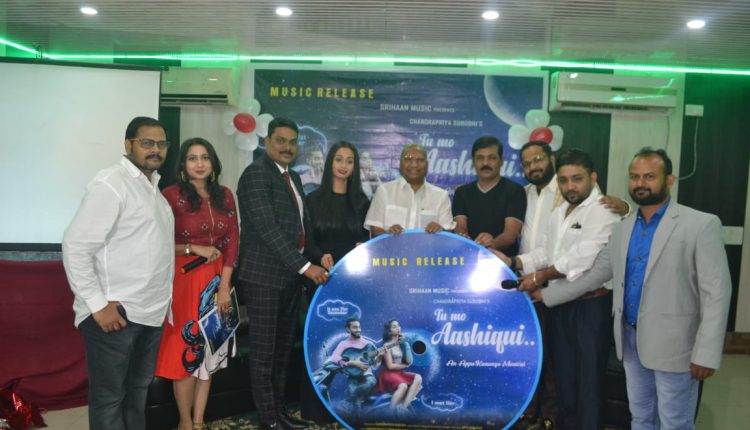 Bhubaneswar: Srihaan Music’s music video ‘Tu Mo Aashiqui’ was released on Wednesday in the city. Noted singers of Ollywood, actor, actresses and technicians of the music video, were present on the occasion.

Srihaan Music’s adviser B Sarangadhar Subudhi released the video. “We can observe some prominent changes in the Odia music industry and music like ‘Tu Mo Aashiqui’ is one of the examples of that,” said B Sarangadhar.

Chandrapriya Subudhi has produced the video while Appu Kanungo has directed it. The music concept, screenplay dialogue and photography were done by Appu.  Bibhuti Swain is the lyricist.

Subham, Nivedita and RJ Guddy are the actors and actresses of the music video while Swayam Padhi and Lopamudra Dash have sung the song.

The 12-minute music video is based on the theme of a woman being behind every successful man.