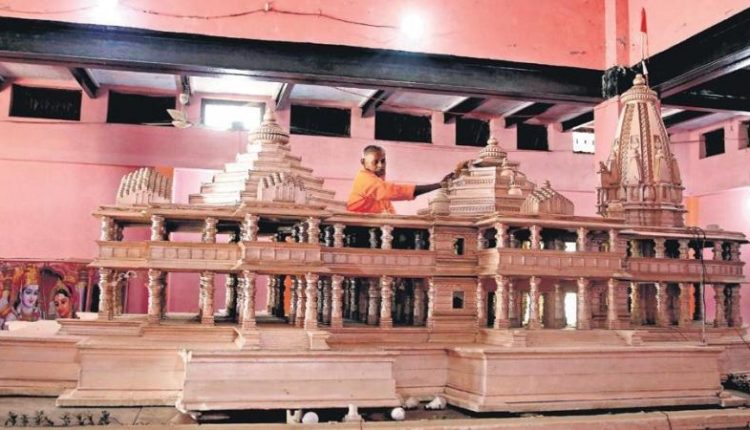 Annupur: A Muslim man from Chhattisgarh’s Chandkhuri has begun a long 800km walk to Ayodhya, the venue for bhoomi pujan ceremony of Ram temple construction to be conducted on August 5. Chandkhuri is a village where Lord Ram’s mother Kaushalya was born.

“I am a Muslim from my name and religion but I am a devotee of Lord Rama. If we find out about our ancestors, they were Hindus. Their names might be Ramlal or Shyamlal. We all have Hindu origin whether we go to church or mosque,” Mohammad Faiz Khan, who has made it to Madhya Pradesh’s Anuppur, was quoted as saying by news agency ANI.

“Our main ancestor is Lord Rama. Allama Iqbal (Pakistan’s national poet) had tried to explain in a way in which he said that the one who has perfect sight, will consider Lord Rama as lord of India. With this reverence, I am taking soil from Kaushalya’s birthplace at Chandkhuri to Ayodhya for dedicating it during the ground-breaking ceremony,” Khan said.

Khan seems to be unfazed by people criticising his initiative. “Some people in Pakistan have created fake IDs with Hindu and Muslim names and are abusing each other to show that all communities are fighting in India,” he said.

This is not the first time Khan is travelling far as he claimed to have travelled 15,000kms to various temples and even stayed there in the past.

“This is not the first time I am walking to the temples. I have walked 15,000 km and stayed in temples and mutts. Nobody said a word against me. This journey is only 800 km,” he said.

“Pakistan is trying to create communal tension in India on the occasion of Ram temple construction,” the Muslim man added.