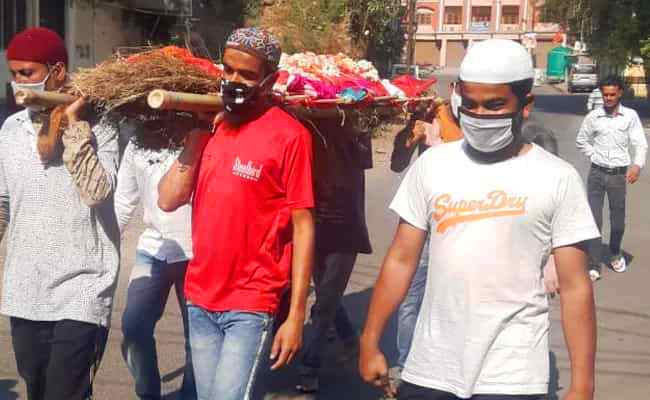 Bhubaneswar: At an age when people are fighting over petty religious issues, some Muslim youths have set an example by carrying the bier of their Hindu neighbour to the cremation ground amidst the lockdown in Madhya Pradesh’s Indore.

Pictures and videos of this noble act have gone viral on social media platforms.

The youths, wearing skull caps, are seen carrying the bier of a 65-year old Hindu woman along with the deceased’s sons for the last rites.

As per reports, the deceased woman’s relatives had refused to participate in her last rites fearing they might contract the deadly COVID-19 virus. The Muslim youths then stepped forward to help their neighbour.

The Muslim youths told PTI that they had known the woman since their childhood and considered it as their duty to help her sons.

The woman was suffering from prolonged illness and passed away on Monday. She is survived by two sons.

Anyone Who Says Muslims Shouldn’t Live In India Is Not…