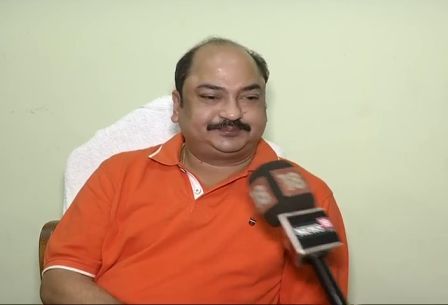 “The BJP leaders managed to take my father to their party fold by taking advantage of his lean period. I had tried my best to restrain him from doing so, but he did not pay heed to my suggestion,” Sambit told mediapersons here on Wednesday.

Asked about the reason for Dama’s resignation, Sambit said his father is a staunch follower of Biju Patnaik’s ideals and therefore it was difficult for him to embrace the BJP ideology. “The ideologies of BJD and BJP are different. Moreover, it is very difficult for a leader to imbibe the ideology of a different party after remaining under one ideology of a political party for 45 years. As I knew that my father cannot adjust himself to the BJP ideology, I was peeved at his decision,” he added.

Asked whether Dama should return to BJD, Sambit said the party leadership will decide if they need him. “After all, time will tell as it depends on the decision my father is going to take after quitting BJP,” he said.