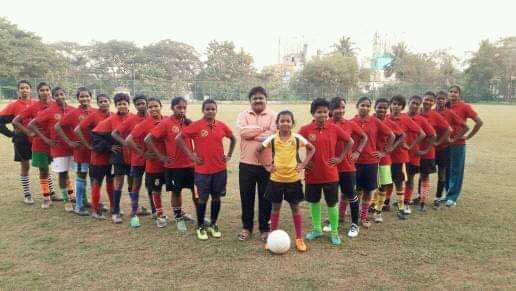 Bhubaneswar: How would you describe a person who drives 1000 km on his motorcycle to ensure participation of his trainees in a football tournament? Devoted? Passionate? Committed? Or simply, crazy? Whatever be the tag, Nanda Kishore Patnaik would not have bothered. He knew his goal: to make the Odisha women’s soccer team the best in the country. And, dribbling past many an obstacle he made his girls ‘Bend It Like Beckham’ for nearly three decades.

Nanda Kishore, 65, or Tutu bhai, as he was popularly called in sports circles, lost his battle to COVID-19 on Tuesday morning, leaving many a sports lover like me distraught. The pandemic has snatched away several achievers of Odisha and Nanda Kishore is certainly one of them.

His story was no less than a Bollywood potboiler. It began precisely in 1991 when then 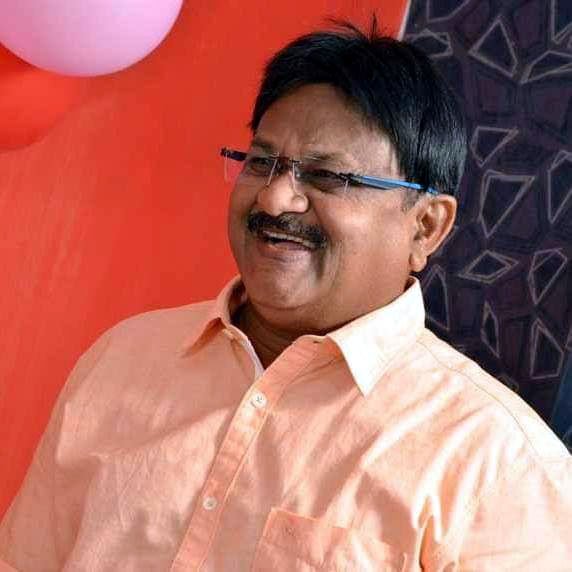 Chief Minister Biju Patnaik, during a visit to Guwahati, announced that a team from Odisha would participate in the Women’s Federation Cup Football Championship, which was to be hosted at Haflong in Assam. Perhaps Biju babu wasn’t aware that Odisha did not have a women’s football team. And few girls, if any, played the game then.

However, the CM had given his word. The onus fell on Chandan Chanda, an SAI football coach posted in Odisha then, to prepare a team and he came to Nanda Kishore, who was then a coach at a football club in Bhubaneswar.

“We were at our wits’ end. Finally, we approached a group of girls playing kho kho. After much persuasion, we convinced them to participate in a four-day football coaching camp. We just told them the rules and basics and left for the tourney,” Nanda Kishore had told this journalist during one interaction.

The results were dismal: West Bengal and Manipur drubbed Odisha 24-0 and 25-0 respectively. And it seemed the end of the road for women’s football in Odisha. The girls, too, went back to playing kho-kho. But Nanda Kishore had found his goal: he picked up some young girls from AG Colony and the kho-kho players and started training them at Kalinga Stadium here. Till then Shradhanjali Samantray used to play kho-kho, but she got interested in football and went on to become the national women’s football captain.

Nanda Kishore, who represented Odisha at the junior level in the 1970s, put in serious hard work for two years and the efforts paid off.

The 1995 nationals were being held in Haldia, West Bengal. But the state’s women footballers had no information. “I came across the inaugural day’s results in a newspaper and frantically contacted the organisers. They said it was late, but I decided to take a chance,” 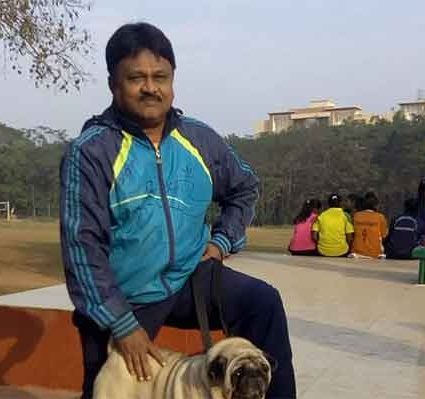 Nanda Kishore had told me in an interview. Armed with a letter from the Orissa Football Association, he with a friend in tow went to Haldia on his motorcycle; driving non-stop for 500 km they reached their destination in the evening. Dumbfounded as they were, the organisers could not say no. The duo rushed back, contacted the girls, booked tickets in a bus and ensured the team was in Haldia on time. Odisha beat Delhi and Haryana and made it to the quarter-finals. And, thus began the eastern state’s successful journey in women’s football, thanks to the dedication of Nanda Kishore.

Nanda Kishore, who was a central government employee, and his girls did not look back. The team grew from strength to strength. After semi-final appearances in the 1996 and 1997 nationals, the Odisha side went on to finish runner-up in 2003 (at Chennai) and 2004 (at Siliguri). The biggest moment came in 2007 when the team beat Manipur and won gold at the National Games in Guwahati, thus traversing the
minnows-to-champions distance within 12 years. Incidentally, Nanda Kishore was the state’s coach. Biju babu was no more around to congratulate the team, but his son, Naveen Patnaik, who was then Odisha’s CM, surely did.

Even then Nanda Kishore didn’t stop. He started a football academy for girls, especially from underprivileged backgrounds, at Salia Sahi, the city’s largest slum. He not only imparted soccer skills to them but also took care of their studies, food and well-being. His contribution has few parallels in Odisha sports. Now that he is gone the real tribute to him would be to keep his dream going by extending patronage to his academy.

WHO Approves China’s Sinovac COVID-19 Vaccine For Global Use